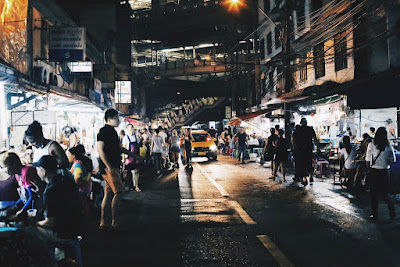 The FBI offers a report on the child sex trade in Southeast Asia.

Thailand has long been a popular tourist destination for Westerners charmed by the country’s culture and cuisine, its storied beaches, and its ever-present markets. Unfortunately, a certain type of visitor is also drawn to the well-established sex trade, which too often victimizes children.

The dark side of Thailand’s tourism industry plays out nightly in Bangkok’s tawdry red-light districts, in Chiang Mai’s after-hours club scene, and along the neon-infested Walking Street in the coastal town of Pattaya. In these and other places less obvious, trafficked children can be bought and sold, reduced to the basest form of commerce.

The FBI and other U.S. federal agencies are working closely with the government of Thailand and the Royal Thai Police to fight the scourge of human trafficking and the child sex trade in Southeast Asia. FBI.gov chronicles the efforts in a four-part series called Report from Thailand.

You can read the report and watch video clips via the below link: