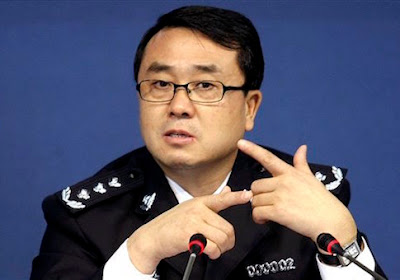 Veteran national security reporter Bill Gertz offers a piece at the Free Beacon on Hillary Clinton turning away a Chinese official wishing to defect to appease the Communist Chinese government.


Former secretary of state Hillary Clinton turned away a high-ranking Chinese defector who sought political asylum after the communist police chief sought refuge in a U.S. consulate in southwestern China four years ago.
Critics say Clinton’s handling of the defection of Wang Lijun (seen in the above photo), a close aide to a regional Communist Party leader, was a blunder and lost opportunity for U.S. intelligence to gain secrets about the leaders of America’s emerging Asian adversary.
Instead of sheltering Wang and granting him political asylum, Clinton agreed to turn him over to Chinese authorities in Beijing, and claimed he was not qualified for American sanctuary because of his past role as a police chief accused of corruption.
You can read the piece via the below link: