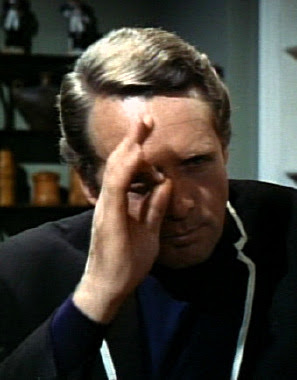 Patrick McGoohan's clever, intelligent and way ahead of its time TV series The Prisoner turns 50 today. I loved the show when I was a teenager in the 1960s.

Morgan Jeffery at digitalspy.com looks back at the series and attempts to provide answers that viewers have been asking for 50 years.


Classic '60s series The Prisoner turns 50 today - September 5, 2016 - and half a century since Patrick McGoohan's protagonist arrived in the mysterious Village, two questions persist...
Who was No. 6, and who is No. 1?
The set-up for the surreal show saw McGoohan's secret agent abruptly resign from his post, only to be captured and held captive in the sinister Village.
We never learnt our hero's real name - instead, he was given the moniker 'No.6' as shadowy forces worked to break his spirit... and find out why he resigned.
The true identity of McGoohan's character is still a fierce point of debate for fans of The Prisoner - and even the show's creative team were divided on who No. 6 used to be.

You can also read an earlier post on Patrick McGoohan's and The Prisoner via the below link: