Julian Assange Is Still A Creep 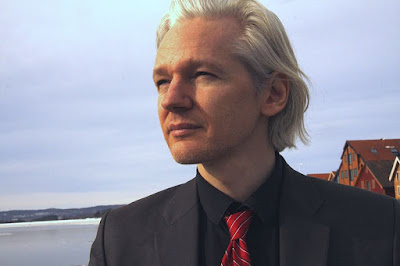 Rich Lowry, the editor of National Review, believes that Julian Assange is still a creep, despite his WikiLeaks broadsides against Hillary Clinton

If Julian Assange plays this right, he just might score an invitation to CPAC next year.

The notorious WikiLeaks founder would have to attend the Conservative Political Action Conference remotely because he is still holed up in the Ecuadorian Embassy in London, avoiding a rape investigation in Sweden and fearing extradition to the United States for his malicious exposure of state secrets.

But, surely, the details could be worked out.Assange is now treated as a respectable figure by some elements of the right because he detests Hillary Clinton and promises to torpedo her campaign with new email exposures. Never mind that he has done everything within his power to damage the interests of the United States, in league with his quasi-ally, Vladimir Putin’s Russia.

Rarely has “strange new respect” been stranger. It’s like conservatives embracing Kim Philby, the infamous British double agent who defected to the Soviet Union in the 1960s, if he promised to produce damaging information about LBJ before the 1964 election. Or welcoming Philip Agee, the anti-CIA activist from the 1970s who was allied with Russian and Cuban intelligence, if he demonstrated enough hostility to Jimmy Carter.

The enemy of my enemy (or more properly, my domestic political opponent) can still be a reprehensible creep, and that’s what Assange is.
You can read the rest of the piece via the below link:

Note: The above photo of Julian Assange was taken by Espen Moe.
Posted by Paul Davis at 2:46 PM