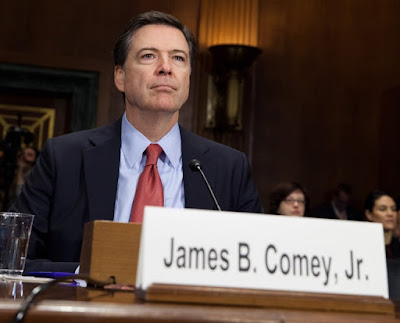 The Daily Mail reports on the FBI director's warning of a future 'terrorist diaspora.'


FBI Director James Comey warned on Tuesday that in the next two to five years a massive 'terrorist diaspora' will happen.

Comey made the statement while testifying before Congress on Tuesday alongside Homeland Security Secretary Jeh Johnson and Nicholas Rasmussen, director of the National Counterterrorism Center.

The three men were at a hearing to examine threats to national security in the country 15 years after the horrific September 11 attacks.

Comey, 55, said that he is convinced the Islamic State of Iraq and Syria (ISIS) will be destroyed soon, however, that would not be the end of terrorism.

http://www.dailymail.co.uk/news/article-3810934/FBI-Director-warns-upcoming-massive-terrorist-diaspora-like-ve-never-seen-vows-review-past-FBI-warnings-suspected-New-York-bomber.html
Posted by Paul Davis at 8:09 AM