How Mohammed & The Fatboy Got Caught With 225 Pounds Of Marijuana But Beat The Rap (Thanks To Philly D.A. Seth Williams) 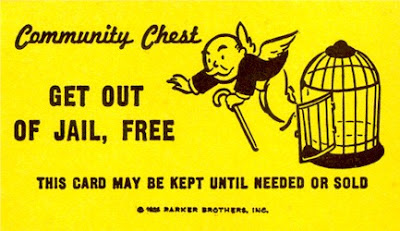 Veteran reporter Ralph Cipriano offers a piece at bigtrial.net on the feud between the Philadelphia Police Narcotics Unit and the DA.

On Jan. 17, 2012, the Philadelphia Police Department's Narcotics Field Unit South tailed a suspected drug dealer to a garage, where they confiscated 53 pounds of hydroponic marijuana with a street value of $481,240.

When the cops interviewed the suspect, Mohammed Samhan, 26, of Los Angeles, he decided to cooperate and give up another marijuana dealer. The cops subsequently raided the home of Kit "Fatboy" Poon, 41, of Northeast Philadelphia. This time, they confiscated 172 pounds of hydroponic marijuana with a street value of $1,565,420.

Faced with serious jail time, Poon decided that he too wanted to cooperate. He told the cops he knew about an even bigger future marijuana shipment due to arrive by tractor-trailer.

With the two accused drug dealers in custody, Lt. Robert Otto, supervisor of the narcs, called Chief Jan McDermott of the District Attorney's Dangerous Drug Offenders Unit, and requested that McDermott conduct "proffers" with both suspects. [A proffer is an interview where, in exchange for information about criminal activity, a prosecutor agrees not to use that information against the suspect.]

That's when the system broke down. Two confidential police memorandums obtained by Big Trial lay out the details of what's been described in court papers as a "petty and childish feud" between the narcs and the Philly D.A.'s office. It was an old fashioned turf battle over who sat in on proffers, which law enforcement agency would collect drug forfeiture money, and who got credit for major drug busts.

Seth Williams put an end to the feud when he announced, via a letter leaked to the media -- without a shred of evidence to back him up -- that the district attorney's office would no longer prosecute any drug cases involving Lt. Otto or five of his officers.  The narcs and their supervisor were subsequently transferred out of the narcotics unit.

Note: While on assignment for Counterterrorism magazine I went out on drug raids with Lt. Robert Otto and his narcotics unit. You can read the piece via the below link:

http://www.pauldavisoncrime.com/2012/05/chasing-drugs-guns-and-violence-night.html
Posted by Paul Davis at 9:46 AM