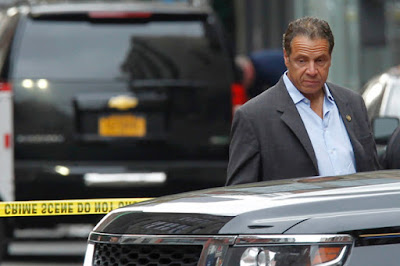 The New York Post reports that New York Governor Cuomo called the explosion in Chelsea 'an act of terrorism.'


Gov. Cuomo on Sunday called the Chelsea explosion “an act of terrorism” but said there was “no evidence” of ties to an international group.
Cuomo urged calm on the morning after the blast and said federal authorities were investigating the explosion that injured 29 people.
“We have no reason to believe at this time that there is any further immediate threat,” Cuomo said.
“But just to err on the side of caution, we will be deploying close to 1,000 state police and National Guard people to police the bus terminals, airports, and subway stations”
Cuomo added that “a bomb exploding in New York is obviously an act of terrorism” and vowed to find those responsible.
You can read the rest of the piece and watch a video clip of the explosion via the below link: