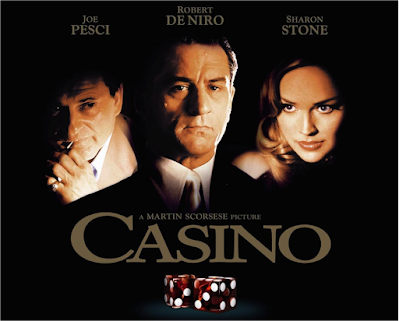 Larry Henry at Casino.org offers a piece on the celebration of Martin Scosese’s classic crime film Casino in Las Vegas.

Goodman’s wife, Carolyn, is the current mayor. A restaurant at the Plaza Hotel and Casino in downtown Las Vegas is named after him. In special dinner events at Oscar’s Steakhouse, he discusses Las Vegas history and his work as a lawyer representing accused underworld figures. Memorabilia at the restaurant and menu items also reflect his experiences.

The 87-year-old Pileggi co-wrote the screenplay with director Martin Scorsese. Pileggi is a former Associated Press reporter living in New York City. The movie is based on Pileggi’s 1995 nonfiction book, Casino: Love and Honor in Las Vegas.

Pileggi and Scorsese also co-wrote the Mafia movie Goodfellas, which premiered in 1990. It is based on Pileggi’s book Wiseguy, about New York gangster Henry Hill.

The 1995 movie Casino is a fictionalized account of Mafia associate Frank “Lefty” Rosenthal’s troubled marriage to Geri Rosenthal, a former topless dancer at the Tropicana Hotel and Casino. During their marriage, Geri Rosenthal became romantically involved with mobster Anthony “Tony the Ant” Spilotro.