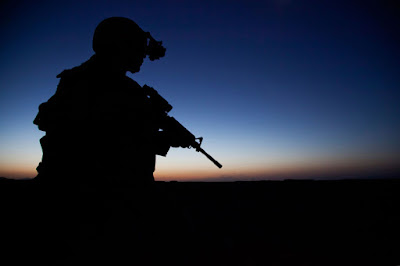 Jon Levine at the New York Post offers a piece on the Navy SEAL Team 6 rescue of an American hostage in Africa.

An American citizen kidnapped in Niger last week was rescued in neighboring Nigeria by US special forces.

“Last night, our Country’s brave warriors rescued an American hostage in Nigeria,” President Trump said in a congratulatory tweet Saturday. “Our Nation salutes the courageous soldiers behind the daring nighttime rescue operation and celebrates the safe return of yet another American citizen!”

Philipe Nathan Walton, 27, was taken by armed captors from his farm in the southwestern region of Massalata. The attackers demanded a $1 million ransom from Walton’s father. Authorities do not believe the abduction was terror-related, but there was a risk Walton’s captors could have sold him to terrorist groups operating in the region.

The “precision” hostage rescue was conducted by SEAL Team Six, which killed six of Walton’s seven captors, according to ABC News.

“They were all dead before they knew what happened,” a counterterrorism source with knowledge of the rescue told the network. No US soldiers were injured during the mission conducted by the same SEAL squad famous for killing Osama bin Laden.