CIA: A Look Back At The Alger Hiss Case 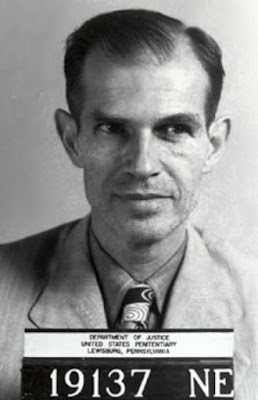 I have no doubt that the late Alger Hiss was a spy for the Soviet GRU, but even today, after all of the evidence, many on the left believe he was innocent of espionage against the United States.

John Ehrman at the CIA offers an unclassified look back at the Alger Hiss Case.

It has been 50 years since Alger Hiss was convicted of perjury for denying that he had been a Soviet spy, but his case continues to fascinate and stir controversy. The reasons for this are not surprising. The case had all the elements of a fine drama: compelling characters, accusations of treason, unusual evidence, the launching of a presidential career, and enough inconsistencies and ambiguities to leave the issue of guilt or innocence in doubt for decades. Indeed, when the Soviet Union collapsed in 1991, one of the first goals of historians was to gain access to Moscow's archives and settle the question. Although no specific file on Hiss has been released from the KGB or GRU archives, enough material has been found in other files--in Moscow, Eastern Europe, and Washington--to enable historians to write several new works that leave almost no room for doubt about Hiss's guilt. These developments also have significant implications for the intelligence professional today.