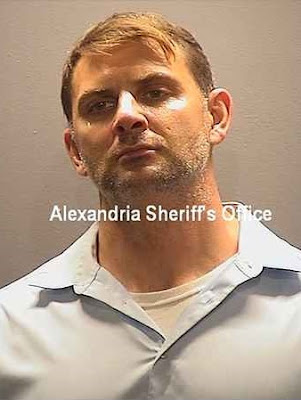 “Debbins today acknowledged that he violated this country’s highest trust by passing sensitive national security information to the Russians,” said John C. Demers, Assistant Attorney General for National Security.  “Debbins betrayed his oath, his country, and his Special Forces team members with the intent to harm the United States and help Russia.  Debbins’s guilty plea represents another success in the Department’s continuing effort to counter the national security threat posed by our nation’s adversaries, including Russia.”

“Our country entrusted Debbins with the responsibility and training to protect it from its adversaries,” said G. Zachary Terwilliger, U.S. Attorney for the Eastern District of Virginia.

“Debbins betrayed that trust and betrayed his fellow service members by conspiring to provide national defense information to Russian intelligence operatives. I would like to commend our investigative partners for their steadfast and dogged dedication to bringing Debbins to justice and holding him accountable for his crimes.”

From 1998 to 2005, Debbins served on active duty as an officer in the U.S. Army, serving in chemical units before being selected for the U.S. Army Special Forces. The Russian intelligence agents encouraged him to join and pursue a career in the Special Forces, which he did, where he served at the rank of Captain.

“Debbins betrayed this nation and his fellow serviceman, putting Americans and our national security at risk by providing national defense information to Russia’s Intelligence Service,” said Steven M. D’Antuono, Assistant Director in Charge of the FBI Washington Field Office. “Despite being entrusted to protect his colleagues and U.S. national security, he chose to abuse this trust by knowingly providing classified information to one of our most aggressive adversaries.  Today’s plea is an example of the zealous pursuit of justice that the FBI and our partners stand for and work tirelessly to achieve every day.”

“President Kennedy called the Green Berets ‘a symbol of excellence, a badge of courage, a mark of distinction.’ Mr. Debbins’ actions were a symbol of betrayal, a badge of cowardice, and a mark of treachery,” said Alan E. Kohler, Jr., Assistant Director of the FBI's Counterintelligence Division. “He pledged his allegiance to Russia, and in doing so, sold-out his country and fellow Green Berets. This case should serve as a reminder that the FBI and its investigative partners will stop at nothing to hold an individual accountable for their actions.”

Debbins is scheduled to be sentenced on Feb. 26, 2021.  He faces a maximum penalty of life in prison. Actual sentences for federal crimes are typically less than the maximum penalties. A federal district court judge will determine any sentence after taking into account the U.S. Sentencing Guidelines and other statutory factors.