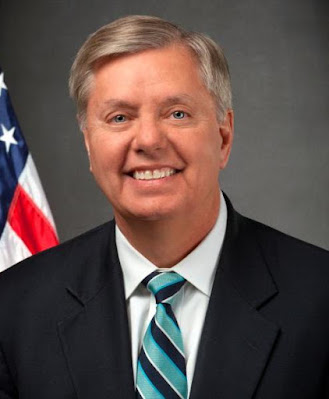 Michael Ruiz at FoxNews.com offers a piece on Senator Graham announcing that his Senate committee would investigate voter fraud.

“It is imperative that all credible allegations of voting irregularities and misconduct be investigated to ensure the integrity of the 2020 elections,” Graham, a South Carolina Republican and the chairman of the Judiciary Committee, said in a statement. “I will not allow credible allegations of voting irregularities or misconduct to be swept under the rug.”

The senator said he will call on the Justice Department to investigate the postal worker’s claims and ask the postmaster general to look into them as well.

Richard Hopkins, a mail carrier from Erie, Pa., accused his boss of fraud in the affidavit.

“Although, as I understand Pennsylvania law, ballots must be postmarked by 8:00 p.m. on Election Day, November 3, 2020 in Pennsylvania, Postmaster Rob Weisenbach directed my co-workers and I to pick up ballots after Election Day and provide them to him,” he said.

In addition, he alleged that he overheard Weisenbach tell another supervisor he was backdating the late ballots to make them appear as though they had been collected on Nov. 3 – “despite them in fact being collected on Nov. 4 and possible later.”

Weisenbach did not immediately respond to a Fox News request for comment.