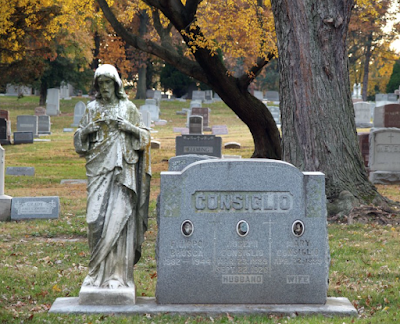 Ralph Cipriano at Bigtrial.net offers his take on corruption and voter fraud in Philadelphia.

On Aug. 18, 2012, Police Officer Moses Walker was robbed and shot to death as he was walking to a bus stop after he finished his night shift at the city's 22nd Police District.

But according to city voting records, that didn't stop Walker from voting in the 2018 general election.

On July 8, 2012, Police Officer Brian Lorenzo was riding his Highway Patrol motorcycle when he was killed by a drunk driver going the wrong way on I-95.

But after he died, according to city voting records, Lorenzo miraculously voted in the 2016, 2017, and 2018 general elections.

On Sept. 17, 2017, Gerard Grandzol, a community activist, was shot to death in front of his two-year-old daughter during a robbery.

But according to city voting records, that didn't stop Grandzol from voting in the Nov. 7, 2017 and 2018 general elections.

Lisa Deeley, chairwoman of the city Board of Elections, did not respond to a request for comment; neither did board Vice-Chair Al Schmidt, or Secretary Omar Sabir.

The commissioners were busy counting some 350,000 mail ballots in the presidential election, where Philadelphia and the Keystone State may have a big say in determining who becomes president.

Schmidt told WHYY this morning that when it came to counting the votes, "It's more important to do it right rather than meet artificial deadlines."

"We're pushing out the results as quickly as we can. We're not holding back," Schmidt told WHYY.

Voter fraud in Philadelphia is nothing new.