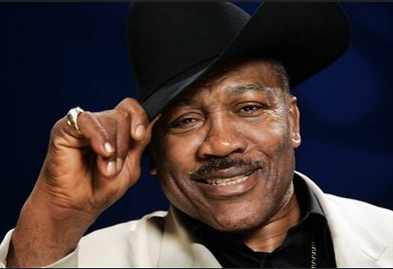 Ralph Cipriano at Bigtrial.net offers a piece on Philadelphia shuting down a database that revealed dead people had voted.

A funny thing has happened to "Voter Inquiry Menu," the city of Philadelphia database that showed dead people voting.

This morning, without any prior warning, the city abruptly shut it down. City employees who tried to log onto the database found that it had been "disabled," and that access was closed.

Meanwhile, officials at the Board of Elections, such as Al Schmidt, the GOP elections commissioner who's been called a RINO by President Trump, has plenty of time to do interviews with CNN, where he claimed that no dead person voted in Philadelphia. But Schmidt has repeatedly declined, by email and on Twitter, to answer Big Trial's questions about the 22 people that according to the database compiled by his own office have voted in prior elections.

As Big Trial has reported, city employees who went into the "Voter Inquiry Menu" database have discovered a parade of 22 dead people, led by former heavyweight champ Smokin' Joe Frazier, who miraculously came back to life to vote in past Philly elections from 2015 to 2019.

In the case of Smokin' Joe, he died on Nov. 7, 2011, but in 2018, according the database that's just been shut down, Frazier voted in the general election.

Since the only information stored on that database emanates from the Board of Elections, is it possible in corrupt and contented Philadelphia, that the city shut down that database for some urgently needed "housekeeping?"

Other celebrities on the list of dead people who voted in Philadelphia included Will Smith's late father, Willard Carroll Smith Sr. He died on Nov. 7, 2016, but still managed to vote in the 2017 and 2018 general elections.

And Anna Henderson, the oldest living person in Pennsylvania, who died on July 1, 2014, at 114. But, according to city records, she still managed to vote in the 2017 and 2018 general elections.

The other names on the dead people voting list included seven hero cops who died in the line of duty, a murdered community activist, and 11 dead relatives of cops.

According to federal and local sources, the U.S. Attorney in Philadelphia has launched a criminal probe into multiple allegations of voter fraud here in the city, including Big Trial's report about the 22 dead people who voted in previous elections, led by Smokin' Joe.

In recent days, I have been contacted by several city employees who discovered that according to that same database, they also had dead relatives who voted in past Philly elections.

Since the Big Trial report on the dead voting, it's become a pastime in certain city offices for municipal employees to log onto the database, and see if they have any dead relatives voting.

I don't know of a single employee who's played this game who didn't discover that in Philadelphia, the dead come back to life on Election Day.

… The list goes on. Big Trial was in the process of collecting screen shots and electronic copies of those records to verify the allegations when the city shut down the database.

Any further investigation will have to be done by lawyers investigating voter fraud on behalf of President Trump.

But somebody in authority needs to start digging quick. Before the locals scrub those records clean.