Have You Seen This Grenade-Stealing, C-4 Packing, Fugitive Sailor Who Escaped 15 Years Ago Today? 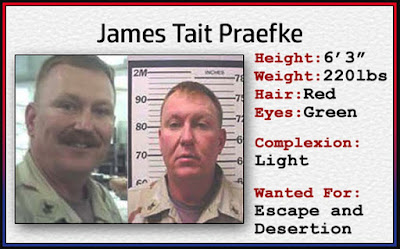 Geoff Ziezulewicz at the Navy Times offers a piece on an armed and dangerous sailor fugitive.

The electronics mate 1st class remains on the lam to this day, and he is the Naval Criminal Investigative Service’s longest-running active fugitive investigation.

Now, NCIS is asking if you’ve seen him.

Authorities discovered a M33 fragmentation grenade in Praefke’s bag during a customs inspection as he returned to Naval Air Station Whidbey Island, Washington, from an Afghanistan deployment in February 2005.

“Later searches led to the discovery of military grade C-4 explosive,” NCIS said in their latest appeal for help in locating the fugitive former sailor.