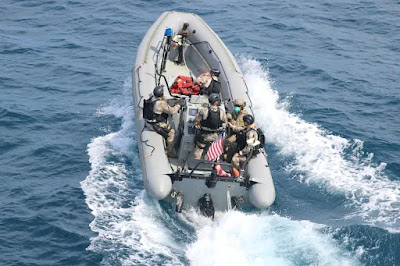 David Vergun at the DOD News offers the below piece on the Defense Department's counternarcotics mission:

The Department's statutory mission is to serve as the single lead agency for the detection and monitoring of the aerial and maritime transit of illicit drugs into the United States, another Defense Department official, Matthew J. Flynn, deputy assistant secretary of defense for counternarcotics and global threats, explained.

One priority of the strategy is to reduce the availability of illegal drugs in the United States, Flynn said.  "By performing this priority mission, DOD helps deter, disrupt and degrade potential threats before they reach the United States and harm our citizens," he said. With help from DOD, federal agencies — such as the Coast Guard, the Drug Enforcement Administration, Customs and Border Protection and others — are enhancing their efforts focused on the interdiction of heroin, cocaine, fentanyl, methamphetamines and precursor chemicals in the air and maritime approaches to the United States and along its borders. Flynn said the DOD aims to reduce the harm posed by criminal networks. "Through our programs, we disrupt and degrade drug trafficking and other illicit threat networks, in order to reduce them to a level where they no longer threaten United States citizens and U.S. national security," he said.

In conjunction with other U.S. departments and agencies and international partners, DOD also supports the administration's national priority to identify, disrupt and degrade transnational criminal organizations, or TCOs, by targeting their infrastructure and preventing the criminal facilitation of their activities in various ways, Flynn said.

"The task of identifying and targeting drug trafficking and other illicit threat networks is complex and requires close coordination among U.S. and international intelligence, [the] military and law enforcement partners," he noted.

"We have small teams at the combatant commands and elsewhere in DOD that provide intelligence analysis and counter threat finance analysis support to U.S. law enforcement partners by helping them identify and understand illicit networks and financial flows," Flynn said. "With this support, our law enforcement partners are better able to disrupt the activities of drug trafficking and other transnational criminal organizations, including their abilities to generate, store, move and use money and other forms of value."

Under the authority of the assistant secretary of defense for special operations and low-intensity conflict, the department's counterdrug program is administered by the DASD for counternarcotics and global threats. 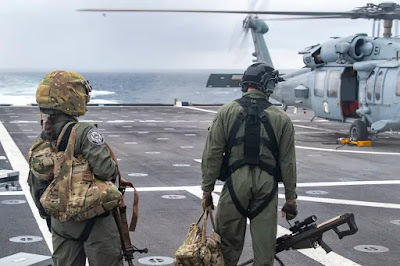