60 Years On: The Day The US Navy Came To Scotland Armed With Nuclear Missiles

Sandra Dick at the Scottish newspaper the Herald offers a piece that looks back at March in 1961 when the U.S. Navy moved their submarine force into Holy Loch, Scotland.

The sun shone brightly over the calm Holy Loch on a beautiful early March day in 1961, as USS Proteus - 18,000 tons of American might - glided towards her foe.

By late afternoon, she was passing Islay. And as the US Navy vessel drew closer to her final destination, anti-nuclear demonstrators who had been waiting for weeks for the chance to pounce, braced themselves for their attack.

The first salvo of a David versus Goliath battle saw protesters in dinghies and canoes pitted against the most menacing of modern warfare, and it would rage – on and off – for months to come.

It’s now 60 years since USS Proteus, soon followed by a fleet of US Navy Polaris submarines, set up base close to Dunoon.

And although the area was not unfamiliar with submarine activity – Royal Navy submarines were based in the area throughout the Second World War - the Americans, with their terrifying nuclear arsenal, a raging Cold War and the relatively fresh memories of Hiroshima and Nagasaki, meant this was no normal military maneuver.

The US Navy and Polaris would remain a feature of the Dunoon landscape for the next 31 years.

For those who could put aside any concerns of living with nuclear missiles on their doorstep, it brought economic and social benefits – and more than a few weddings between US sailors and local women.

For others, the presence of the American nuclear force put a picturesque and peaceful corner of the country in Soviet crosshairs, and propelled Scotland into the very core of a deadly nuclear war machine.

The announcement that the Americans were coming was completely unexpected, recalls historian Trevor Royle, who has written about the Holy Loch base in his book on the Cold War in Scotland, 'Facing The Bear'.

“It came as a great surprise to people of Scotland - it was a shock to suddenly have the Cold War on their doorstep,” he says.

“America needed an operating base for their Polaris fleet,” he adds. “At the time Britain’s nuclear deterrent was V Bomber Force, obsolete bombers that could fly to Moscow and drop bombs but couldn’t get back.

“It was a one-way mission, and Britain wanted a system which worked better than that.”

Faced with being left behind as a nuclear nation, Prime Minister Harold Macmillan struck a deal with President Dwight D. Eisenhower for the Holy Loch to become an extension of US territory and a berth for nuclear bombs.

In return, Britain would acquire the Polaris nuclear delivery system, enabling the Royal Navy to operate its own fleet from Faslane.

However, the announcement in November 1960, propelled Holy Loch communities into a world of US and Soviet war games, which would see submarines play cat and mouse across fishing grounds and Atlantic waters.

60 years on: The day the US Navy came armed with nuclear missiles | HeraldScotland 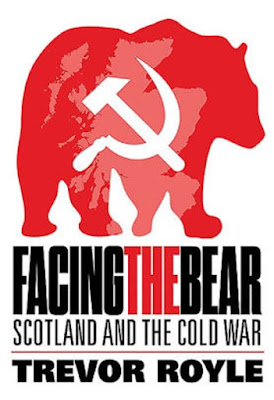 I reviewed Trevor Royle's Facing the Bear for the Washington Times.

After serving two years on an aircraft carrier during the Vietnam War, I went from serving on one of the largest ships in the world to one of the smallest, as I was assigned to a 100-foot Navy harbor tugboat at the American nuclear submarine base at Holy Loch, Scotland.

The two tugboats at the floating naval base in the middle of the loch were the workhorses of Submarine Squadron 14. In addition to towing submarines and barges in the loch, the tugboats were also sent out to rendezvous with submarines at sea. The tugboats engaged in naval exercises with the submarines and performed medical evacuations and intelligence missions.

I recall the American, British and Soviet submarines playing dangerous cat and mouse games in the Irish Sea and the North Atlantic, and had the Cold War turned hot, as Trevor Royle states in his book “Facing the Bear: Scotland and the Cold War,” Scotland would have been a prime target for destruction by the Soviets.

You can read the rest of my Washington Times review via the below link:

Paul Davis On Crime: My Washington Times Review Of 'Facing The Bear: Scotland And The Cold War' 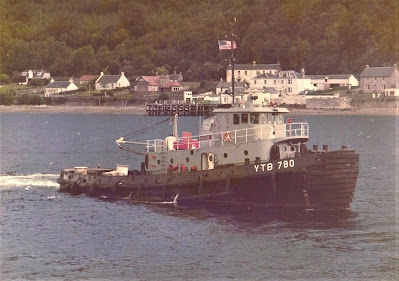 And you can read about my time at Holy Loch, Scotland via the below link: