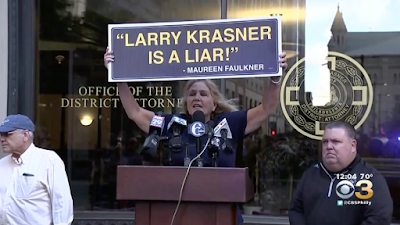 George Bochetto, the lawyer who represents the widow of slain Police Officer Danny Faulkner, has no doubt about what D.A. Larry Krasner is up to when it comes to convicted cop killer Mumia Abu-Jamal.

The D.A., who's ostensibly supposed to be the prosecutor in the latest appeal filed over the nearly 40-year-old murder case, is doing whatever he can to free Mumia, Bochetto charged today in a blunt interview.

If the D.A. is successful, Bochetto said, Mumia "would be the crown jewel in Krasner's trophy case of convicted murderers and rapists that he's walked." But in his attempts to free Mumia, Bochetto said, Krasner has simultaneously trampled on the rights of Faulkner's widow, Maureen.

"There's a whole body of law, both statutory and case law, regarding victim's rights, which Larry Krasner's taken a lawn mower to," Bochetto said. 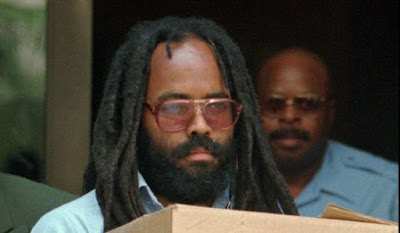 You can also read my Washington Times piece on Abu Jamal via the below link:

Paul Davis On Crime: My Washington Times Piece On Cop Killer Mumia Abu-Jamal: There Is No Question Of Guilt