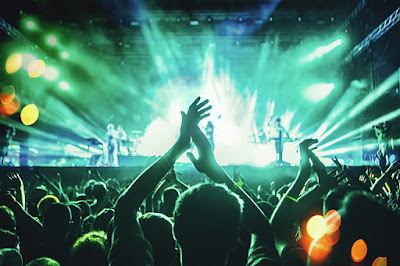 The FBI released the below:

Andres Fernandez was a smooth-talking concert promoter who told people he could make them wealthy investing in the glamorous industry.

While he claimed he couldn’t give too much information on the business, he did promise up to a 100% return on investment.

Instead, his more than 50 investors were swindled. Victims lost more than $20 million, ranging from $5,000 to $7 million per victim. Fernandez and an associate lived on that money and re-paid prior investors in a Ponzi-like scheme.

Fernandez actually did do some concert promotion work, mostly working with small venues in the Orlando, Florida, area. He even brought some of his investors to the concert venue where he worked to convince them he was legitimate. He lied to those investors about grand plans to expand to stadium-size concert venues and book famous artists like Pitbull and The Weeknd.

“He produced lots of completely fraudulent documents that he gave to investors, like fake Ticketmaster contracts or contracts with artists,” said Special Agent Kerrie Harney who investigated this case out of the FBI’s Tampa Field Office.

Fernandez’s early investors were his friends and neighborhood acquaintances. One of his initial investors, Edison Denizard, got good returns and started working with Fernandez to bring in even more victims. Some of Denizard’s contacts had millions of dollars to invest, allowing the men to expand the scheme, which began in March 2016 and went on for a little over a year.

“The average return for a promoter is about 10%, but they were telling their investors they’d get 50%-100% return on investment,” Harney said. “They used the whole mystique of concerts and the music industry and took advantage of the fact that the average person doesn’t know how it works.”

In addition to forging a personal connection with the investors, Fernandez used a frequent tactic of Ponzi schemers. He gave his investors an initial quick payout a few months after the initial investment. He’d then convince them to re-invest for a longer term, promising higher returns that never came.

“They got a little taste of a return, and he convinced them to continue,” Harney said.

But like all Ponzi schemes, it came crashing down when Fernandez ran out of funds. One of his investors got a lawyer, who was quickly able to figure out that their client had been a victim of fraud.

After getting a subpoena to view Fernandez’s and Denizard’s bank records, it was clear they were involved in a Ponzi scheme.

Some of the investors lost a lot of their money, raiding college funds and 401(k)s to get in on the investment. While the government is using the asset forfeiture process to try to return some money, most victims will only receive a small fraction of what they lost.

Harney suggests would-be investors be very careful about researching investments. Fraudsters often have sophisticated pitches and can show realistic documents. Vet everything through a third party and ask lots of questions before giving anyone money.

One of the biggest red flags is if someone offers you an unreasonably high return on your investment or is secretive about the investment, as Denizard and Fernandez were.

“It’s really a cautionary tale,” Harney said. “This scam hurt a lot of families who have lost a lot of money.”

Fernandez pleaded guilty to wire fraud and was sentenced to 10 years last January. Since so many of the victims were in the Orlando-area, the judge called Fernandez “Orlando’s Bernie Madoff” at his sentencing hearing, which many of his victims attended.

Denizard pleaded guilty to conspiracy charges. In February 2021, he was sentenced to more than four years in prison.

“They maliciously preyed on people to get their money under false pretenses, and many victims lost a significant amount of their savings,” Harney said. “We have to make sure people aren’t victimized like that, and when they are, that the criminals are brought to justice.”