Babylon Bee: Here Are The 7 Telltale Signs Your Newborn Baby Is A Racist 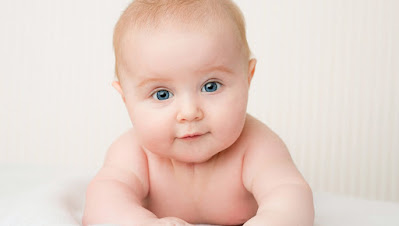 Have you or a loved one had a baby recently? We hate to say this, but you may have just brought a white supremacist into the world.

Don't worry though-- we're here to help! It's important to always look for clues of racist tendencies in your newborn so you can nip that in the bud! Here are the troubling 7 signs:

He's white, which automatically makes him racist: If your newborn is white, then sorry-- its game over. Your baby will be irredeemably racist forever. Sad.

Completely illiterate, just like most Nazis: What? Your newborn can't read? Then he's probably been radicalized by alt-right personalities on YouTube.

No hair, which is a common Neo-Nazi hairstyle: Is your baby a skinhead? Having no hair is a colossal red flag. If your newborn is bald, make him wear a wig until his hair grows in.

Enjoys bedtime stories written by notorious racist Dr. Seuss: Books by Dr. Seuss are a gateway drug to literally burning crosses in people's front yards. Teach your child to burn those books instead.

Shows his white fragility by crying all the time: Crying is a sure sign of defensiveness and fear of honest conversations around race. Not good!

Shows colorblindness by playing with other kids regardless of race: Color blindness is racist. Minorities need their own separate spaces without white invaders. Decolonize your playtime, Mom and Dad!

If you remain vigilant, you may play a part in preventing another baby from becoming racist! Unless he's white, of course.

You can read other fine humor pieces via the below link:

Labels: 7 telltale signs your newborn is a racist, Humor, satire, The Babylon Bee