Stu Bykofsky Covers Ralph Cipriano: Attacking Hypocrisy: “This Is What I Do” 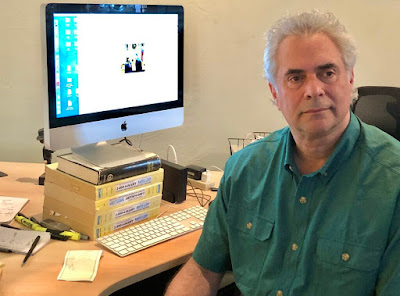 If you are a profligate prelate, a prosecuting-shirking D.A., or an editor with loose lips, the last person you want on your case is Ralph Cipriano, an old-fashioned ball buster.

The 67-year-old lapsed liberal and unlapsed Catholic has more scalps on his belt than an Apache war party.

I know that Native American imagery will awake the woke.

Disdain for ubiquitous Political Correctness is one thing we have in common.

He was the first Philadelphia Inquirer reporter to sue the paper for libel, in 1998.

In his footsteps, I am suing the paper for defamation, but my attorney, Mark Schwartz, says I am not free to comment on the suit.

In Ralph’s case, an editor of the paper said Ralph’s reporting was “untrustworthy.” That could be a career-killer, and, it was untrue.

Ralph had arrived four years earlier from the Los Angeles Times, where he covered local government and exposed police brutality. Ralph was one of the breed of newspaper vagabonds, moving from one paper to the next.

His first job at a daily was with the Meriden Record-Journal, not far from his hometown of Waterbury, Conn. He then did a couple of years at the Albany Times-Union, before heading to L.A.

… Ralph was hired in 2004 by Jim Beasley, who had sued Ralph’s employer, to help write his autobiography, which became a biography after his death. Ralph also covered trials for a legal-oriented website called TheBeasleyFirm.com. “They were paying me, it was great,” says Ralph.

Over time, Beasley bailed, but Ralph kept it.

BigTrial.net is avidly read by cops, lawyers, and some journalists. His top number of hits was 94,000, typical might be around 50,000.

Like StuBykofsky.com, there is no advertising, no charge to readers. He says it’s an expensive hobby. (His other hobby, which he jokes is “downwardly mobile,” is wine-making, an ethnic throwback to his Italian grandfather. His mother is Lebanese.)

So why run BigTrial.net?

He thought about bagging the website a couple of times, he told me as we sat at the table in his airy, modern kitchen.

Then Larry Krasner was elected D.A.

The reporter who had gone after brutal cops in L.A., suddenly turned into the city’s most ferocious critic of the man nicknamed “Let ‘Em Loose Larry,” the former anti-cop defense attorney who is George Soros’ fair-haired boy in Philadelphia.

Why did he go after Krasner?

Because no one else did, notably the Inquirer, he says.

You can also read my Philadelphia Weekly Crime Beat column on Ralph Cipriano via the below pages and link: 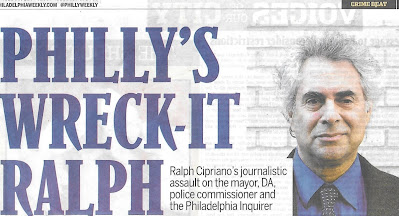