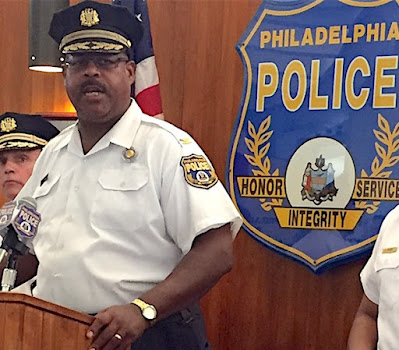 Veteran reporter Ralph Cipriano at BigTrial.net offers a piece on a judge calling out an assistant district attorney for lying to the court in a case against a police officer.

"Everything that has gone on so far with this case when it's in front of me, I find that your email and your arguments to be disingenuous, and I find that they lack candor to the court, and that's a huge problem for me," Judge Simmons told Black, who's a member of the D.A.'s Special Investigations Unit that specializes in prosecuting Philadelphia police officers.

In 2019, Krasner personally recruited Black, then a staff attorney for The Legal Aide Society of New York City, to join the D.A.'s office, even though Black had no previous experience as a prosecutor. But in court, the rookie prosecutor made an enemy out of Judge Simmons. After the judge blasted ADA Black for a lack of candor last month, she dismissed Black's case.

The Commonwealth v. Carl Holmes accused the former chief inspector in the Philadelphia Police Department of sexually abusing three females who are former cops. Even though more than a dozen years ago, the same exact allegations were previously investigated by the police department's Internal Affairs Division and the District Attorney's office, with the result that no charges were ever filed.

For D.A. Larry Krasner, the tossing of the Holmes case was a temporary setback in his war on cops, which to date has produced few victories. Cases that Krasner previously filed against cops have been either been lost in court or tossed by judges at preliminary hearings for lack of evidence. The most recent example happened last month, when Krasner's case against Staff Inspector Joe Bologna got tossed.

But this time around in the D.A.'s war on cops, the Holmes case represented a new low, even for Larry Krasner. A sitting judge just tossed a case because she determined that one of Krasner's ADAs, in their zeal to convict a cop, had committed prosecutorial misconduct by lying to a judge.

You can read the rest of this outstanding piece via the below link: