The Vietnam War Was Winnable 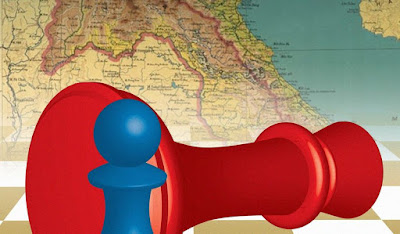 Back in 1970 and 1971, I was an 18 and 19-year-old sailor stationed aboard the USS Kitty Hawk as the aircraft carrier launched combat aircraft against North Vietnam from “Yankee Station” in the Gulf of Tonkin during the final years of the Vietnam War.

I recall that nearly every pilot, intelligence officer and seasoned military man I spoke to aboard the carrier was disgusted with the conduct of the war.

They thought we should win it.

If only, I was told, we were allowed to unleash the full power of the aircraft carrier, the North Vietnamese would quickly surrender.

I agreed then and now, after all these years in which I’ve interviewed many soldiers, airmen, sailors, Marines and CIA officers who fought in the war, I still agree.

We could have – we should have - won the Vietnam War.

Militarily, we did win, as we never lost a battle over company strength during our entire time there, and when the North Vietnamese defeated the South Vietnamese in 1975, there were no American combat troops in the country.

We lost the war only in the sense that America lacked a political will to go all out and defeat the communists.

If only Ronald Reagan had been the president in the 1970s.

James Roberts, the president of the American Veterans Center, offers a piece in the Washington Times on how the Vietnam War was in fact winnable.

In the summer of 1967, Air Force Col. Robin Olds (later brigadier general) returned to the U.S. following a tour of duty in Vietnam. Olds had been an ace pilot in World War 11 and achieved fame in Vietnam for his bravery, Hollywood good looks and strategic and tactical brilliance.

Invited to the White House to brief President Johnson, Olds said, “Mr. President, get us out of this G…damned war.”

When LBJ asked how, Olds replied, “Win it.”

“Win it” probably sounds delusional in today’s world where the prevailing opinion is that the Vietnam War was “unwinnable and irredeemable,” in the words of documentary producer Ken Burns. A lost cause from the beginning.

In 2005, Gen. Andrew J. Goodpaster, World War 11 hero, NATO commander, West Point superintendent, staff secretary to President Eisenhower and deputy U.S. commander in Vietnam from 1968-69, was asked his opinion about Vietnam. He answered emphatically that the war was winnable (an opinion shamed by most Vietnam veterans, in my experience).

No offense, Mr. Burns, but I agree with Goodpaster. And with President Reagan, who called Vietnam “a noble cause.”

The cause and the American forces who prosecuted the war (while never losing a battle) were quite simply betrayed by the political leadership in Washington, beginning with President Johnson, aided by the civilian leadership at the Pentagon, led by Defense Secretary Robert McNamara, who were in turn abetted by an increasingly corrupt news media and many craven military leaders in the Pentagon who knew and said privately what was needed to win the war, but were dissuaded from speaking out publicly (or resigning in protest) by the lies, false promises and promotions proffered by the civilian leadership.

The result was the catastrophe that unfolded in April 1975, when the North Vietnamese army invaded and conquered South Vietnam, producing the indelible images of helicopter evacuations from the roof of the U.S. embassy in Saigon, plus the accompanying tragedy of tens of thousands of South Vietnamese refugees drowning at sea as they tried to escape, hundreds of thousands of South Vietnamese interned in concentration camps, and more thousands murdered by the communist regime; not to mention the more than 2 million people in neighboring Cambodia tortured and liquidated by the psychopathic Pol Pot regime. Domestically, the Vietnam War poisoned the political atmosphere in the U.S., helped create a hostile and cynical press corps, and fostered a loss of confidence in American institutions that persists to this day.

… When Col. Olds told LBJ to “win the war”: I think he meant that he should use the full resources of the United States to bring the war to a swift and victorious conclusion, which is to say ensuring an independent South Vietnam. 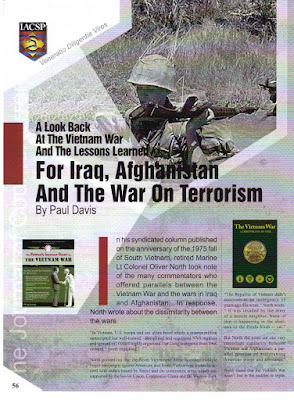 You can also read my Counterterrorism magazine on the lessons of the Vietnam War via the below link:

Paul Davis On Crime: My Piece On The Vietnam War And The Lessons Learned For Iraq, Afghanistan And The War On Terrorism 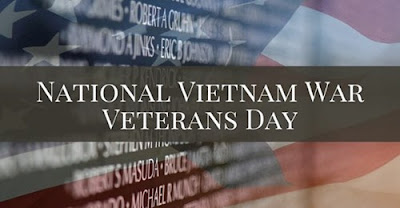