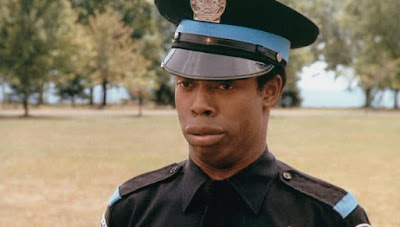 A police officer pulled over a car with a broken tail light.

The cop asked the driver to roll down his window.

He told the driver that his tail light was broken.

“You should get that tail light fixed,” the cop said to the driver.

“Hey, don’t give me orders,” the irate driver said. “I’m a taxpayer. I pay your salary.

“That makes me your boss.”

“I’ll get the tail light fixed,” the driver said.

Note: The photo above is of actor and comedian Larvell Jones from the Police Academy films.

You can watch a trailer for Police Academy 2 via the below link: