Babylon Bee: In Push For Diversity, Military Canine Units To Give Equal Opportunities To Chihuahuas 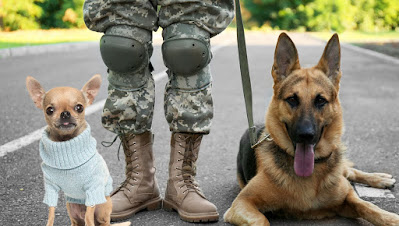 The Babylon Bee mocks the Biden’s administration’s social engineering in the military.

LACKLAND AFB, TX—Secretary of Defense Lloyd Austin has directed all branches of the military to step up diversity efforts when it comes to working dogs in canine units. For the first time, the military-- which has always favored German Shepherds in the past-- will admit other breeds such as Chihuahuas and Pomeranians.

"We've always had this narrow-minded view that the German Shepherd is the best dog for chasing down dangerous terrorists and sniffing out improvised explosive devices," said Austin. "But why not Chihuahuas? Why not poodles? Bringing in more dog breeds will increase our diversity-- which is the greatest strength any military can have."

So far, there have been no Chihuahuas capable of taking down a 250-pound man by the arm, so the military has elected to eliminate that test altogether.

Military leaders confirmed the current plan is just to invite every breed of dog and hang out, eat doggy treats, and have a good time while taking diversity courses.

"We're proud of this beautiful mosaic we have created here," said one Staff Sergeant while knitting a cute sweater for Squeaker, his working dog. "This is what our military is all about!"