Novelist James Jones Showed Grace in the Face of Hemingway’s Cruelty: Hearing Hemingway’s Famously Nasty Letter About Her Father Read Aloud In The New Burns And Novick Documentary Came As A Rude Shock. 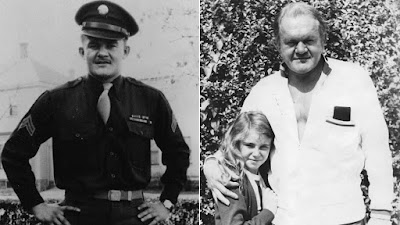 Jones’ daughter, who wrote a fine novel herself, A Soldier’s Daughter Never Cries, saw the nasty letter being read in the documentary and offered her take at the Daily Beast.

Last night I watched Episode 3 of Ken Burns and Lynn Novick’s Hemingway documentary on PBS. I’d watched the first two episodes the night before. The doc is very well produced and has interesting writers talking about Hemingway’s influence, Tobias Wolff and Edna O’Brien among them. But nothing earth-shatteringly new.

Already, in the two first episodes, the division between the man and the myth is starkly apparent. By Episode 3, Hemingway is unraveling. Drunk all the time, self-medicating with pills and rivers of booze. Trading in one wife for another, as if he were discarding old clothes.

Imagine my shock when suddenly, in Episode 3, appearing on our huge TV screen, was my father, dressed in his soldier’s uniform, the photo I love and often use when writing about him on social media. I heard the narrator saying... a young veteran... James Jones... and I instinctively sprang bolt upright on the couch.

Here’s the background on this: In 1950, the publisher Charles Scribner sent galleys of my father’s first novel, From Here to Eternity, to Hemingway, hoping for an endorsement. What Scribner got back was a letter so vile, so cruel, so ugly, it is still hard for me to believe Hemingway wrote it. He compares my father’s writing to snot, he calls him a phony and a coward (a wounded combat veteran of Guadalcanal!), and Hemingway ends by saying he hopes my father kills himself.

The screen cut to Tobias Wolff. My heart was pounding. I was afraid he was going to defend Hemingway’s actions. He did not. Looking bereft and slightly embarrassed, Wolff explained that Hemingway wrote many such letters, attacking old friends, writers, even his own family. But this is the letter they chose to illustrate Hemingway’s state of mind at the time. And how sad and unfortunate, says Tobias Wolff.

How the fuck do you think he felt about this letter?

At the time the letter was written and sent to Scribner, I wasn’t born, wasn’t even a thought in my father’s mind. My father didn’t meet my mother until 1957, long after his first novel was a substantial critical and commercial success.

But years later, he did tell me that he’d felt sorry for Hemingway. The man had thought his own work was finished, that he would never recover from whatever malevolent depressive state had taken over his mind. “He was not well,” said my dad. “And who can blame a man for that?”

You can also read my previous post on the Hemingway series via the below link: