Biden, The Marshmallow In Chief, Has Learned Nothing About Iran And Afghanistan 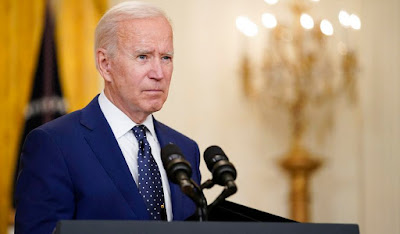 Gary Anderson at the Washington Times offers his take on President Biden’s announced withdrawal from Afghanistan.

Former Defense Secretary Robert Gates noted in a memoir that Joe Biden has been wrong on every national security issue that he has ever been involved in. Like the French in the Hundred Years War, Mr. Biden appears to have forgotten nothing and learned nothing. He is showing this regarding both Iran and Afghanistan.

The Iranians are clearly determined to get nuclear weapons. They may be willing to delay that goal to get rid of sanctions, but — like the Germans after World War I — they will subvert international attempts to monitor their weapons program. President Obama was so desperate to get a deal in 2015, that he got virtually nothing in return for a worthless agreement. The Iranians continued bad behavior in Syria, Iraq and Yemen.

Our new marshmallow in chief appears to be heading in the same direction. The Israelis are made of sterner stuff; they showed it last week with a non-kinetic attack cyber-attack on an Iranian nuclear facility that was clearly engaged in weapons work. Few informed observers doubt that Israel will act kinetically if they believe Iran is on the cusp of getting the bomb. Perhaps President Biden believes that Israel will do his job for him, but if that happens, he will appear to be an even weaker sister than our opponents in the world are obviously learning that he is.

Regarding Afghanistan, President Trump was wrong in agreeing to a May 1 deadline for withdrawal. He was pandering to the isolationist far right of his party; by setting an arbitrary Sept. 11 withdrawal, Mr. Biden is surrendering to the far left of his. As with Iran, by taking the military card off the table, Mr. Biden is leaving himself with no diplomatic leverage.

In leaving Afghanistan, the president is ostensibly freeing himself to concentrate on Russia and China; what conclusions these two bad actors are drawing from Iran and Afghanistan? It is very possible that Vladirmir Putin and Xi Jinping will try to see how far they can push before the president acts. That situation will make the world a far more dangerous place.

Afghanistan is not an “endless war.” Our presence there more closely resembles our continued involvement in Germany, Japan or Korea. Quite frankly, our service people in those countries stand a statistically greater chance of dying in a traffic accident than our forces serving in Afghanistan. Other than isolationists on the far left and right, few Americans think about Afghanistan — or Iraq for that matter — at all.