A Little Humor: Three Stooges Die On Easter And Go To Heaven 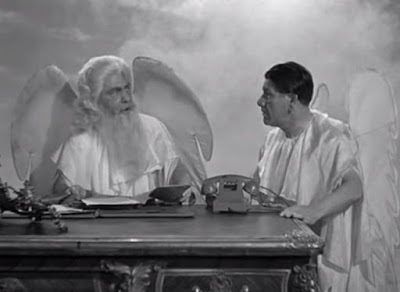 Three stooges died on Easter Sunday and went to Heaven.

St. Peter greeted them at the Pearly Gates and told them that to enter Heaven each one of them had to answer a question correctly. If they gave the wrong answer, they would end up in Hell.

St. Peter turned to the first stooge and asked: “What is Easter?”

The first stooge replied “That’s when kids get dressed up in costumes and go door to door collecting Trick or Treat.”

St. Peter turned to the second stooge and asked “What is Easter?”

The second stooge answered “That’s when the fat man in the red suit comes down the chimney and leaves gifts for everybody.”

St. Peter turned to the third stooge and asked, in a very exasperated tone of voice, “What is Easter?”

The third stooge said, “That’s when Jesus rises out of his grave.”

“And, if he sees his shadow there’s another six weeks of winter!”

Note: The above photo is of Shemp Howard, one of The Three Stooges.