A Look Back At The Unabomber Case: How The Unabomber’s Writings Helped Lead Investigators To His Door 25 Years Ago 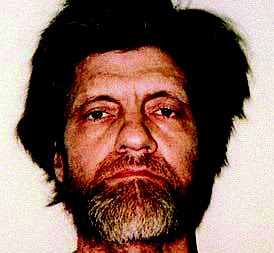 It was something Terry Turchie, the lead FBI agent on the UNABOM Task Force, remembered a creative writing teacher saying to him in school. Although that advice came many years before Turchie was investigating a serial bomber, it would prove crucial to solving the case.

The Unabomber began his campaign of violence with a package bomb he left in a parking lot of the University of Illinois’ Chicago Circle Campus in 1978. He would go on to place a bomb on an aircraft and leave others in university buildings and by computer stores. He would also mail powerful bombs to a number of university professors and to businesses and executives. He unleashed 16 bombs that killed three people and injured nearly two dozen before he was arrested on April 3, 1996.

Despite being active for nearly 20 years, the Unabomber was meticulous about leaving no evidence that could be traced to him and took pains to avoid being seen.

“He was the most careful serial bomber anyone had ever seen,” said Special Agent Kathleen Puckett, who worked on the UNABOM task force and led efforts to profile the bomber. (Both Puckett and Turchie are now retired from the FBI.)

But when the bomber began communicating, first in letters to some of his victims and then with the media, Turchie said he was also inadvertently communicating with the FBI. Investigators were analyzing his every word.

“We didn’t have any line to him except the letters he started sending in 1993,” said Puckett. “It was a bonanza of information.” The letters pointed investigators to ideas he held, topics he studied, and books that were meaningful to him. To Puckett, who was working toward her Ph.D. in clinical psychology, they revealed things about his education, age, and personality.

After lethal bombings in 1994 and 1995, the Unabomber wrote to several publications asking them to publish an essay that he believed would memorialize his achievements and his ideology. Although the bomber promised to cease his bombs if his writings were published, FBI leaders pushed for publication with a different goal in mind: using the Unabomber’s own words to identify him.

“Somebody would recognize this,” Turchie said of the decision. “The writings were very passionate—that there’s no question this man really believes in what he’s writing here. So he probably held these beliefs his entire life.”

Puckett pointed to very particular spellings and phrases—such as the British spelling of the word “analyse”—as unique identifiers in the text that she hoped would catch someone’s eye.

Sure enough, a few months after the manifesto was published, a lawyer representing David Kaczynski called the FBI. He provided them with a 23-page essay his client’s brother, Theodore Kaczynski, wrote in 1971. The agent who first read it immediately spotted similarities.

Turchie said that when he got a copy of the essay, the phrase “sphere of human freedom” jumped out at him. He said he went back to the Unabomber’s manifesto and found this line:

“We are going to argue that industrial-technological society cannot be reformed in such a way as to prevent it from progressively narrowing the sphere of human freedom.”

The similarities in the texts along with other evidence that came to light as agents investigated more of Kaczynski’s past and records made Turchie more and more certain that they had their man. “The little things started adding up,” he said. “Several of us believed we had identified the Unabomber.”

That was enough to get a search warrant for the rustic cabin in Montana where Kaczynski lived. Among the evidence found in the cabin were thousands of pages of Kaczynski’s handwritten notes, including confessions to all 16 bombings. His words helped agents find him, and they helped prosecutors build the case against him. 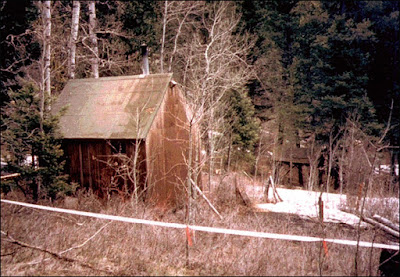