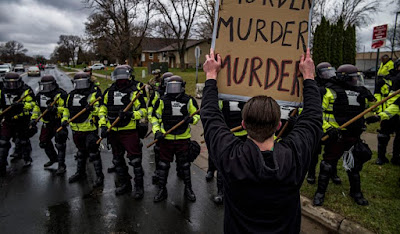 Valerie Richardson offers a piece on police shootings at the Washington Times.

Michael Brown, George Floyd, Rayshard Brooks and Daunte Wright were all Black men killed by police, but they had something else in common: All sought to avoid being taken into custody by fleeing, fighting or refusing to heed officers’ instructions.

The “systemic racism” narrative touted by Black Lives Matter and the Biden administration to explain police use of force against Black victims is drawing pushback as resisting arrest emerges as a factor in many if not most high-profile cases.

“While there have certainly been exceptions to this rule, often involving officers who were rapidly punished, it is not a misread that a huge percentage of prominent BLM cases — Jacob Blake, Hakim Littleton, Rayshard Brooks, Michael Brown — involve people fighting the police or at least actively resisting arrest,” said Wilfred Reilly, an associate professor of political science at Kentucky State University.