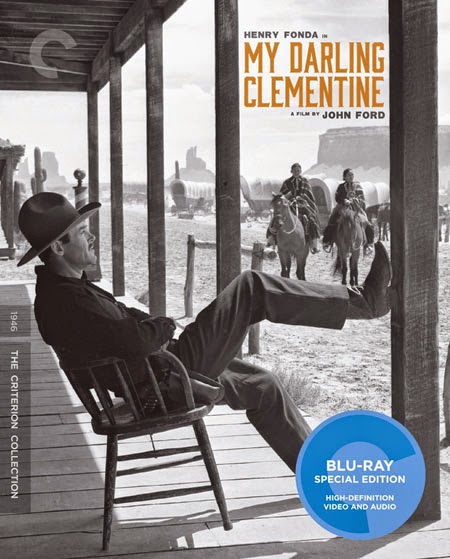 
The great John Ford made many outstanding westerns, and My Darling Clementine (1946) is certainly one of them. I would argue that not since Stagecoach (1939) had there been as good a picture in the genre, and it didn’t even star John Wayne.


Purportedly the story of Wyatt Earp, Doc Holliday, the Clanton Gang, and the gunfight at the O.K. Corral, the film is hogwash as far as the truth is concerned. But as pure entertainment, it’s right up there with the best of the classic westerns that have given us stylistic and physical imagery that is today considered cliché. And in order to become cliché, whatever it is has to have been great to begin with. It must be a trend setter, a groundbreaker, an artistic decision that resulted in an iconic piece of celluloid. Much of what John Ford did accomplished just that. My Darling Clementine has it all—the dumpy saloon with the honky tonk piano player and free-roaming prostitutes, “Injuns,” cattle rustlers and thieves, stagecoaches and horses, ornery villains, and, most of all—the scenery of Monument Valley, Utah.
You can read the rest of the piece via the below link:
http://www.cinemaretro.com/index.php?/archives/8286-REVIEW-JOHN-FORDS-MY-DARLING-CLEMENTINE-1946-STARRING-HENRY-FONDA;-CRITERION-BLU-RAY-SPECIAL-EDITION.html
Posted by Paul Davis at 11:54 AM