The Napoleon Of Crime: Sherlock Holmes And Professor James Moriarty Are Perfect Foes 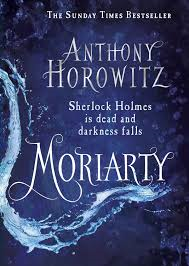 “He is the Napoleon of Crime, Watson. He is the organizer of half that is evil and of nearly all that is undetected in this great city. He is a genius, a philosopher, an abstract thinker. He has a brain of the first order. He sits motionless, like a spider in the centre of its web, but that web has a thousand radiations, and he knows every quiver of each of them.”


Who else could it be but Moriarty, the nemesis of Sherlock Holmes at the Reichenbach Falls and quite simply the greatest villain in literature ever created? Thanks to the artist, Sidney Paget, we know exactly what he looked like although Conan Doyle certainly helped with a memorable description: “…extremely tall and thin, his forehead domes out in a white curve, and his two eyes are deeply sunken in his head.” A great many master criminals have caught the public imagination – Hannibal Lecter, Fu Manchu and any one of the James Bond villains spring to mind – but none have done so quite so successful as Professor James Moriarty.