It's Elementary – Of Course Sherlock Holmes Was Real 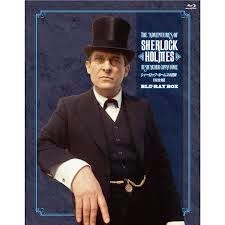 Allan Massie offers an interesting piece in the Telegraph on Sir Arthur Conan Doyle's fictional (or perhaps not) iconic character.

The Museum of London has a new exhibition honouring the most famous Englishman of the 19th century. In his lifetime he had rivals for that title – Mr Gladstone, and WG Grace, for instance. But their memory has faded, and Sherlock Holmes stands supreme. It is quite right that the museum should be hosting this exhibition – the first in the capital since 1951 – for Holmes’s London is, even more than Dickens’s, the London of our historical imagination, the London of hansom cabs, horse-dung, flickering gas-light and pea-soup fogs, the London of sinister opium dens in Wapping.


Some still say that there was no real Holmes, that he was only the creation of an Edinburgh-born doctor, Arthur Conan Doyle. For these sceptics, he exists only in four novels and 56 short stories, almost all recounted by his friend, housemate and collaborator, Dr Watson. Yes, they admit, there is indeed a plaque on 221b Baker Street, proclaiming that Sherlock Holmes lived there; but, they add triumphantly, there was no such address when Conan Doyle wrote. It’s all a work of fiction.
Tell that to the Marines, but not to the Sherlock Holmes Society, or indeed to its New York brother, the Baker Street Irregulars. Tell it not to the Sherlock Holmes Society of Japan, which has more than 1,000 devoted members; there is a statue of Holmes in Karuizawa. The Japanese, it seems, are devoted to him because, in recounting his struggle with the Napoleon of crime and distinguished mathematician, Professor Moriarty, at the Reichenbach Falls in Switzerland, he ascribed his victory to his knowledge of “baritsu”, the Japanese art of wrestling. (This should correctly be “bartitsu”, we are told; which only goes to prove that Holmes was human and capable of making a mistake.)