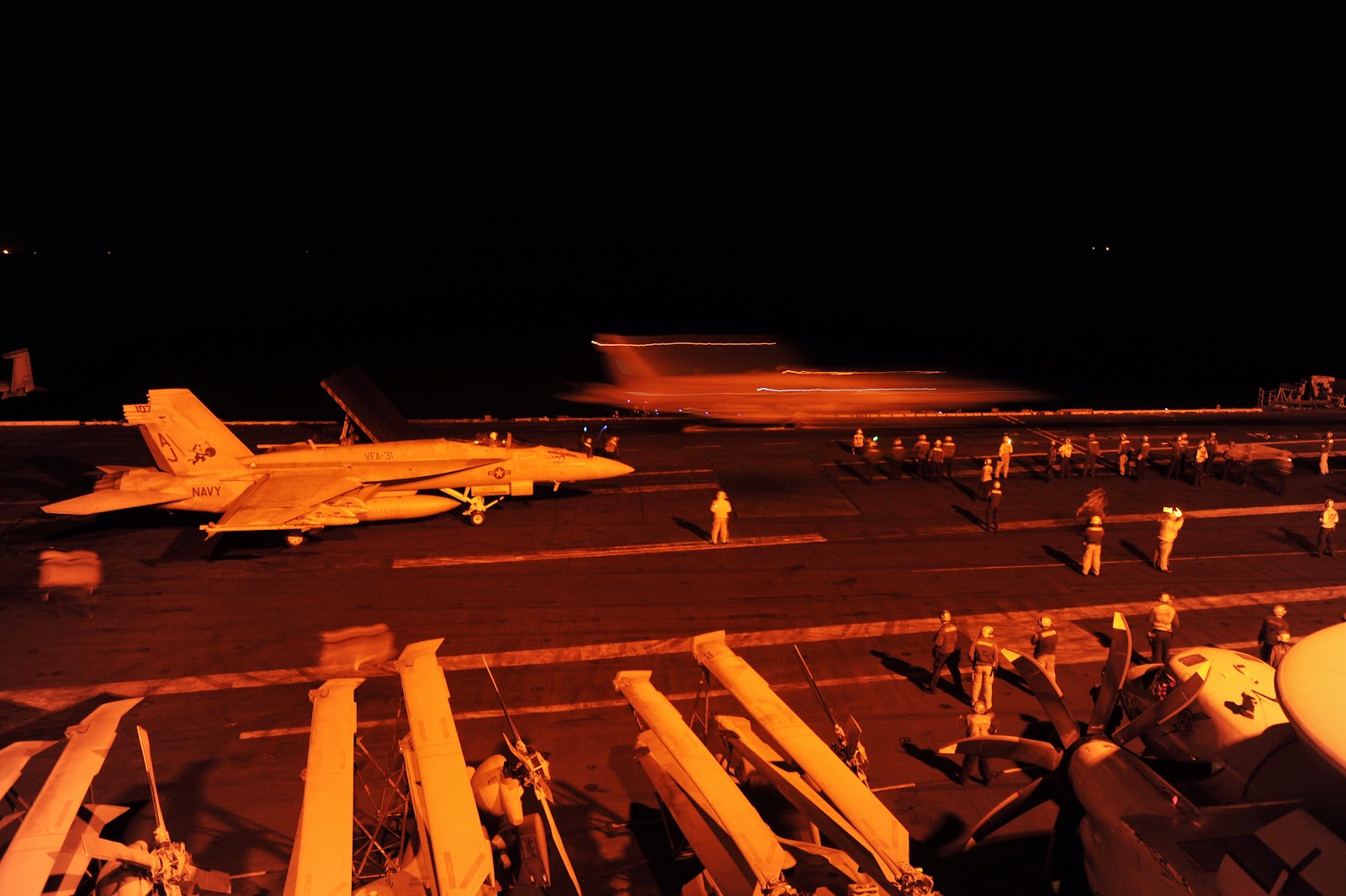 The U.S. Central Command released the below:

Another airstrike southeast of Mosul Dam destroyed an ISIL fighting position, and an airstrike north of Fallujah suppressed an ISIL attack.

All aircraft exited the strike areas safely, officials said, and airstrike assessments are based on initial reports.

The U.S. strikes were conducted as part of Operation Inherent Resolve, the operation to eliminate the terrorist group ISIL and the threat they pose to Iraq, the region and the wider international community.

The destruction of ISIL targets in Syria and Iraq further limits the terrorist group's ability to project power and conduct operations, Centcom officials said.
Posted by Paul Davis at 2:08 PM