Hardboiled Hemingway: A Look Back At Papa's Crime Stories 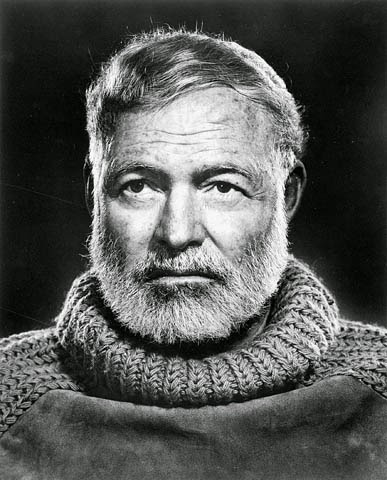 Edward A. Grainger at criminalelement.com offers a look back at Ernest Hemingway's crime stories.

Ernest Hemingway is one of the biggest names of 20th century literature. He won the Pulitzer and Nobel Prize in Literature in 1954, and his star seems in no danger of burning out even with tastes shifting away from the controversial sport of his beloved bull fighting and his outdated machismo. Though he didn’t write for the pulps, his spare dialogue and trim storytelling strongly influenced many hardboiled crime writers of his time and extending to crime-scrawling word slingers on the Internet today. Below I’ve selected six stories and two films that exemplify why, along with impresarios like Dashiell Hammett and Raymond Chandler, he helped define a genre directly with classics like “The Killers” and indirectly with more literature-infused offerings like “In a Clean, Well-Lighted Place.”

“The Killers” first appeared in Scribner's Magazine. It features Hemingway’s frequent Nick Adams character who went from a young boy to an adult in the series and is generally considered to be the author’s alter ego. The tale opens with Nick in a lunchroom when two gangsters enter. They tie up Nick and the cook in the kitchen and then reveal to George, who runs the place, “We're going to kill a Swede. Do you know a big Swede named Ole Andreson?” George does know him because the Swede is a regular customer and a friend. When the intended victim never shows and the killers depart, George sends Nick to warn the Swede who seems strangely unconcerned as Nick informs him of his impending fate. To say the dialogue and plot is minimal—which at first appearances seems to be constructed like a play in rough draft—is an understatement, yet a fully developed story is presented, almost like a conjuror’s trick, as you read along. The only stumbling block by today’s standard is the decidedly coarse language. There are two dozen short stories featuring this character, all republished in the vital 1972 collection The Nick Adams Stories.

Note: You can also read my Crime Beat column on Hemingway's crime stories via the below link:

http://www.pauldavisoncrime.com/2009/08/on-crime-thrillers-hemingway-on-crime.html
Posted by Paul Davis at 4:55 AM