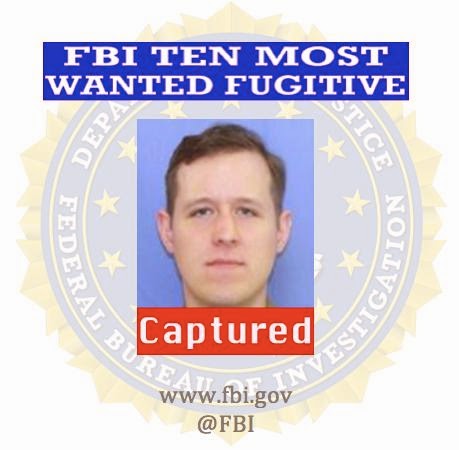 Laura McCrystal and Mike Newall at the Philadelphia Inquirer offer a piece on the capture of the suspected killer of a Pennsylvania state trooper.


Eric Frein, the suspected cop-killer who for six weeks was the target of a Poconos manhunt involving more than 1,000 law enforcement officers, surrendered Thursday after being discovered hiding in an abandoned airplane hangar, officials said.

A search team found Frein at the hangar at Birchwood Resort in Tannersville. U.S. marshals led the search team, two sources confirmed. Frein was unarmed and surrendered without incident, the sources said, and was expected to be transferred to nearby Pike County.

The site - on a near-deserted country road - remained an active crime scene Thursday night, with a road leading to the resort blocked off and law enforcement vehicles driving and in out. A group of police officers huddled at the entrance of the abandoned resort, and patrol cars, lights flashing, lined the road.

Pennsylvania State Police spokeswoman Trooper Connie Devens confirmed Frein was in custody, but would not elaborate.