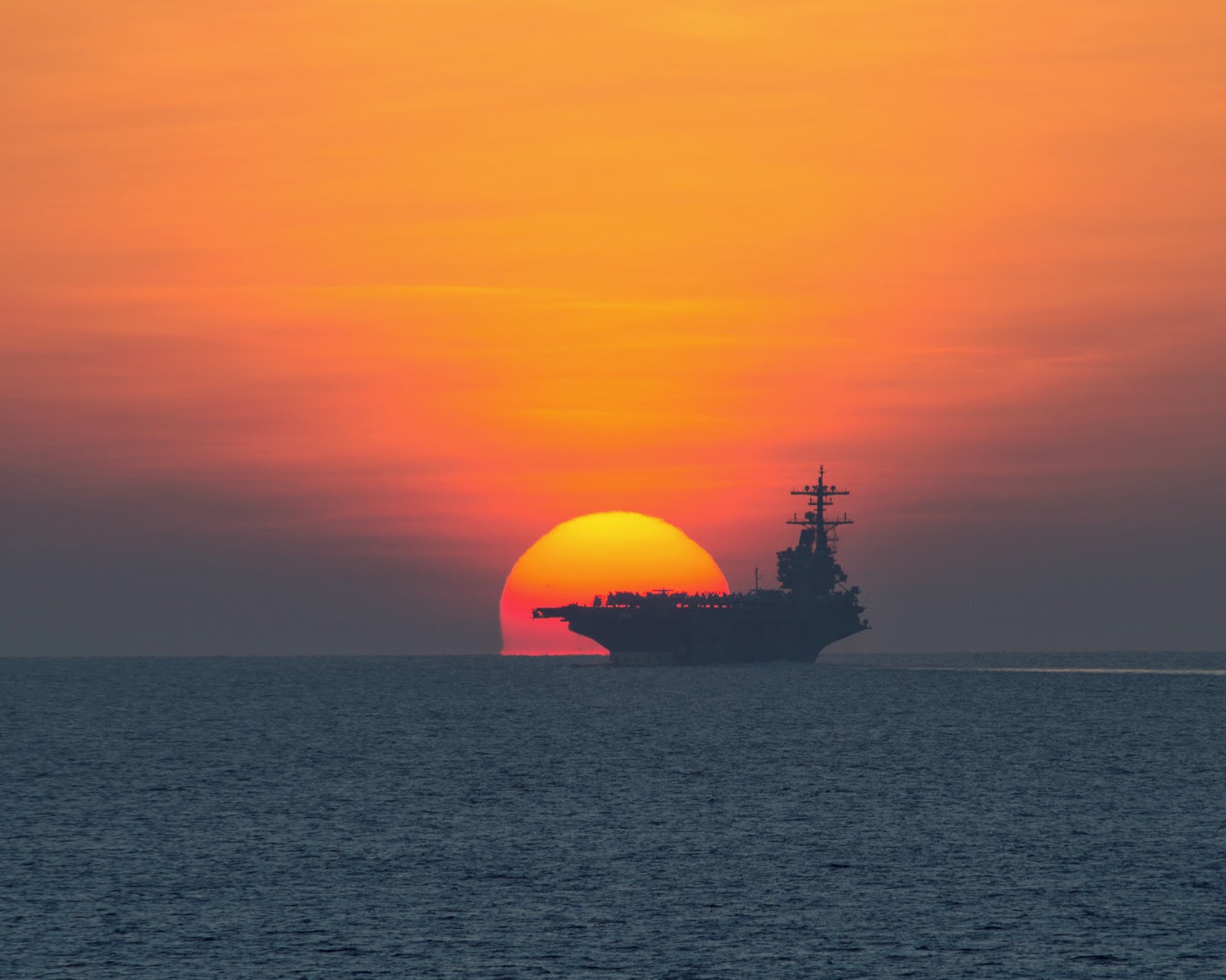 Having served on the aircraft carrier USS Kitty Hawk (CVA 63) during the Vietnam War, I liked the above photo that shows the USS George H.W. Bush (CVN 77) sailing out of the Gulf of Aden.

You can click on the photo to enlarge.
Posted by Paul Davis at 11:52 AM