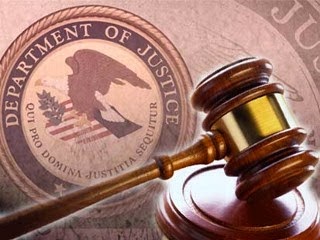 A federal grand jury in Seattle returned a second superseding indictment late yesterday charging a Russian national with 11 additional counts and further detailing his alleged scheme to hack into businesses and steal credit card information for later sale over the Internet on “carding” websites.

The now 40-count indictment alleges that Roman Valerevich Seleznev, aka “Track2,” 30, of Vladivostok, Russia, was involved in the theft and sale of more than 2 million credit card numbers.
Assistant Attorney General Leslie R. Caldwell of the Justice Department’s Criminal Division and Acting U.S. Attorney Annette L. Hayes of the Western District of Washington made the announcement.

“The additions in this superseding indictment show how cybercriminals use the Internet not only to infiltrate and steal sensitive data, but also to teach other criminals how to navigate the credit-card selling underworld and get equipment that can be used to defraud U.S. citizens,” said Assistant Attorney General Caldwell.  “The Criminal Division is committed to investigating these thefts and uncovering the methods of computer hackers to stay one step ahead of them and bring them to face justice.”

“The charges returned by the grand jury detail a criminal scheme that continued right up until Mr. Seleznev’s arrest in July,” said Acting U.S. Attorney Hayes.  “As set forth in the indictment, the government expects to prove at trial that Seleznev was a leader in the marketplace for stolen credit card numbers, and even created a website offering a tutorial on how to use stolen credit card numbers to commit crime.”

According to court documents, between October 2009 and October 2013, Seleznev allegedly hacked into retail point of sale systems and installed malicious software to steal credit card numbers from various businesses.  Seleznev allegedly created and operated the infrastructure to facilitate the theft and sale of credit card data, used servers located all over the world to facilitate his operation, and sold stolen credit card data on a website known as “2pac.cc.”

The charges contained in the indictments are only allegations.  A person is presumed innocent unless and until he or she is proven guilty beyond a reasonable doubt in a court of law.

The case is being investigated by the U.S. Secret Service Electronic Crimes Task Force, which includes detectives from the Seattle Police Department.  The case is being prosecuted by Trial Attorney Ethan Arenson of the Criminal Division’s Computer Crime and Intellectual Property Section and Assistant U.S. Attorneys Norman M. Barbosa and Seth Wilkinson of the Western District of Washington.  The Office of International Affairs and the U.S. Attorney’s Office for the District of Guam provided substantial assistance in this case.
Posted by Paul Davis at 11:25 PM