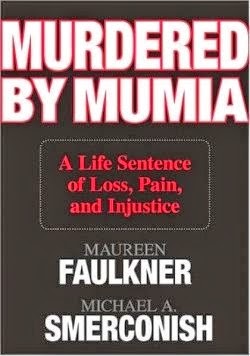 Michael Smerconish, a Philadelphia Inquirer columnist and radio talk show host that I don't always agree with, offers an Inquirer column on convicted cop killer Mumia Abu Jamal being invited to speak at a college.


On Sunday, a college in New England that you've never heard of will celebrate commencement exercises for 20 students - and they've chosen a convicted cop killer as their speaker.

The school is an unusual place. It has only a few hundred students. They get to design their own curriculum. And they have nearly two dozen individualized commencements every year. Sunday's speaker received a degree from the school while on death row.

He won't be there physically; he's serving a life sentence without parole in Pennsylvania. Instead he's used his telephone access to record a message.

I think I'm well-qualified to offer some background facts on this issue. In 2008, I wrote the memoir of the police officer's widow, Murdered by Mumia, a New York Times best seller for which I accepted no proceeds from the sales of the book.


On Dec. 9, 1981, at about 4 a.m., 25-year-old Police Officer Daniel Faulkner was executed while making what seemed like a routine traffic stop.

Faulkner pulled over the brother of Mumia Abu-Jamal, William Cook, who was driving his Volkswagen the wrong way on a one-way street in the city's red-light district.

Abu-Jamal was then an out-of-work journalist who was driving a cab. His revolutionary ideas were well-documented.


He saw the police stop from across the street.

Four eyewitnesses testified at trial as to what happened next. Their testimony portrayed a horrific sequence:

Abu-Jamal ran across the street, shot Faulkner in the back, and finally between the eyes. Before that final fatal shot, Faulkner had discharged his gun, hitting Abu-Jamal in the stomach. With that bullet, you could say he confirmed the identity of his executioner.

You can also read my GreatHistory.com American Crime column on Smerconish and Maureen Faulkner's book via the below link: