A Look Back At Nicolas Roeg's 'Don't Look Now' 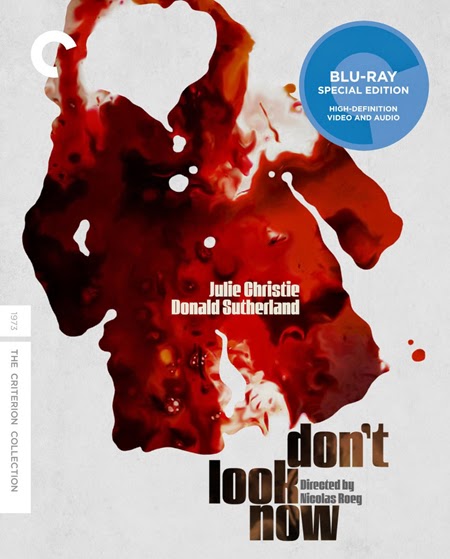 
Red is the dominant force in Nicolas Roeg’s Don’t Look Now, a magnificently rendered drama about psychic premonition, death, and grief. Some would say it’s a horror film, and indeed it is truly creepy and atmospheric in the way most good ghost stories are presented.


Those familiar with Roeg’s work will recognize his signature arty editing and striking eye for composition. He began his career in cinema as a cinematographer (he worked on Lawrence of Arabia, The Masque of the Red Death, Fahrenheit 451, Casino Royale (’67), Far from the Madding Crowd, among many others) before venturing into directing. After co-directing Performance (1970) and helming Walkabout (1971) solo, he delivered what could very well be his masterpiece in Don’t Look Now.


Starring Julie Christie and Donald Sutherland as a married couple that loses a child in a drowning accident at the beginning of the story, Roeg’s picture examines how their grief is at first somewhat overcome by their own strong love for each other, but is then exploited by seemingly predestined tragedy. The setting of Venice is picturesque and beautiful, but at the same time dark and foreboding in its labyrinth of canals, narrow streets and alleys, and decaying architecture. When the couple begins to see a “child” wearing the same red slicker that their daughter was wearing when she drowned, things become very strange—especially after they meet a blind psychic woman who tells Christie that her daughter is still with them.
You can read the rest of the piece via the below link:
http://www.cinemaretro.com/index.php?/archives/8515-BLU-RAY-REVIEW-NICOLAS-ROEGS-DONT-LOOK-NOW-1973-STARRING-DONALD-SUTHERLAND-AND-JULIE-CHRISTIE;-CRITERION-SPECIAL-EDITION.html
Posted by Paul Davis at 3:25 PM