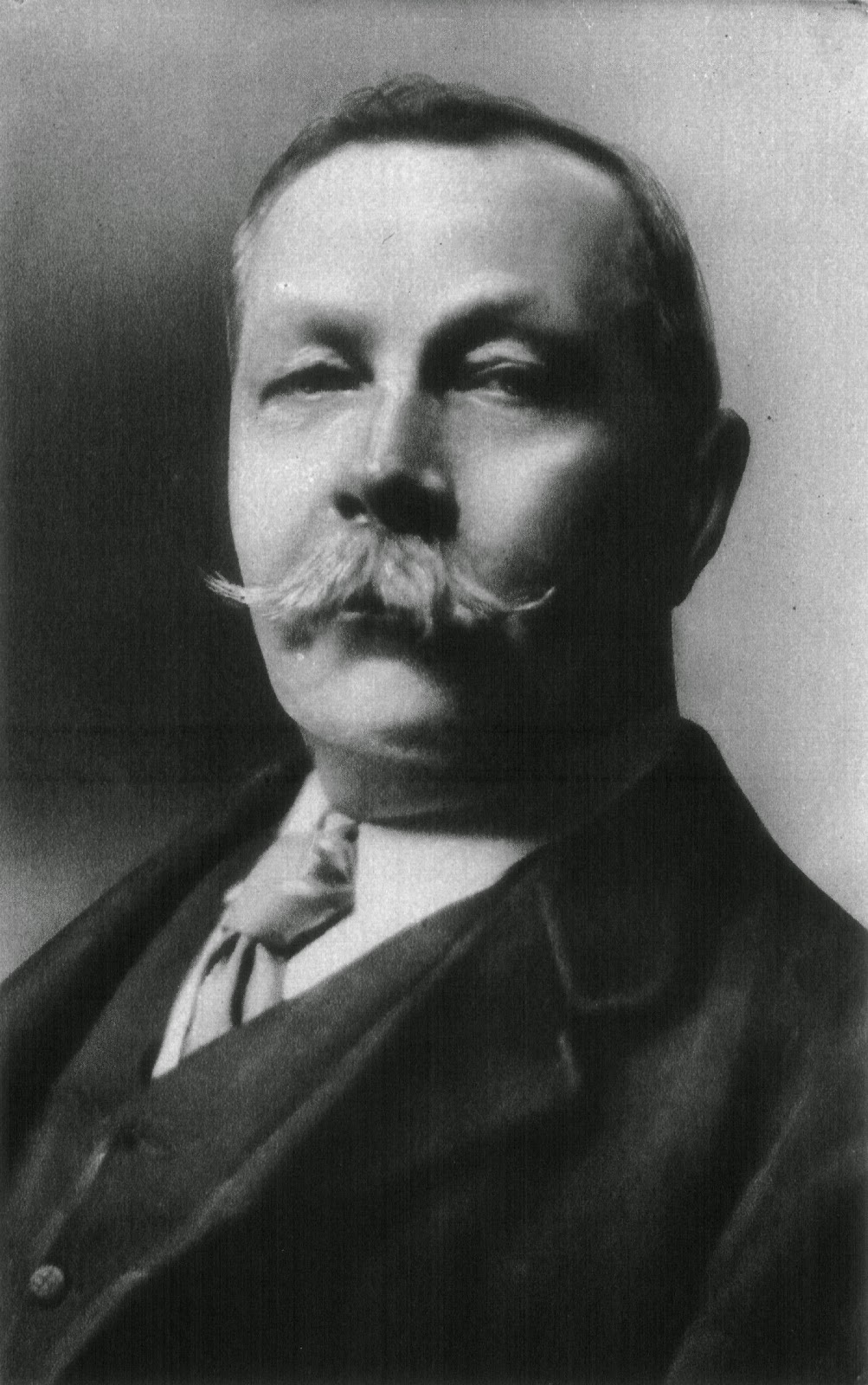 Alison Flood at the British newspaper the Guardian offers a piece on how the late Sir Arthur Conan Doyle, the author of the Sherlock Holmes stories, was the victim of a police conspiracy.

Sherlock Holmes would never have stood for this: newly discovered documents show that the Staffordshire police fabricated evidence to try to discredit Arthur Conan Doyle’s investigation into the curious case of George Edalji, a Birmingham solicitor accused of maiming horses and sending poison-pen letters at the turn of the 20th century.

In a printed report discovered in a collection of letters, chief constable of Staffordshire police, GA Anson, admits attempting to discredit Doyle by creating an elaborate ruse. This involved him fabricating a letter to the writer signed “A Nark, London” and setting up various informers to make Conan Doyle believe the letter had been sent by one Royden Sharp, the man the Sherlock Holmes creator had tapped for the so-called “Great Wyrley Outrages”.

“This letter is very well known to writers on the subject, and this document proves the letter was sent by Anson to Conan Doyle to try and discredit him,” said Sarah Lindberg of Bonhams, which today put the report up for auction alongside 30 autographed letters from Doyle about the case, 24 of which are to Anson. “The new evidence was a total fabrication planted by Anson, and all part of an elaborate ruse involving Sharp.”

http://www.theguardian.com/books/2015/mar/18/arthur-conan-doyle-set-up-by-police-fabricated-letters
Posted by Paul Davis at 4:46 AM