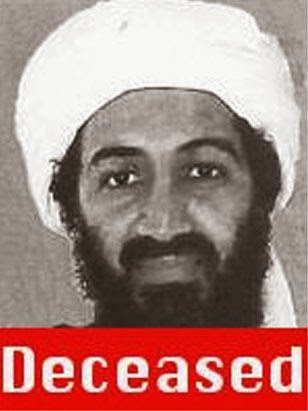 Foxnews.com offers a report on claims the documents captured in the bin Laden raid tell a different story than the Obama administration is pushing.

A trove of documents that could hold the key to Al Qaeda's future have been gathering dust, say critics who believe the Obama administration is ignoring them because they don’t say what the White House wants to hear.

In fact, according to senior U.S. intelligence officials quoted in a Wall Street Journal op-ed published Thursday, the 1.5 million documents swept up in the Pakistan compound where Navy SEALs killed Usama bin Laden in May 2011 prove that bin Laden was still running Al Qaeda, and that the terror group was not in retreat, as the administration claimed just a year after the raid.

To date, the public has seen only two dozen of the 1.5 million documents. The haul included hard drives, cell phones, thumb drives, handwritten materials, tapes, magazines, data cards, video tapes, audio, newspapers and DVDs.
At the time, an interagency team led by the Central Intelligence Agency gave the cache a quick “scrub” looking for actionable intelligence, according to the op-ed, written by Weekly Standard senior writer and Fox News contributor Stephen Hayes, and Thomas Joscelyn of the Foundation for Defense of Democracies. According to the Director of National Intelligence James Clapper, that team produced 400 separate reports based on the documents.

But then, the article claims, the documents remained untouched “for months – perhaps as long as a year.”