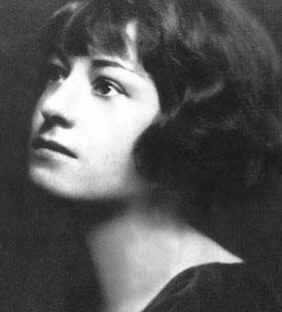 Ellen Meister at the Daily Beast looks back at the sometimes vicious wit of writer Dorothy Parker, but notes that she also wrote fondly of two of my favorite writers - Ernest Hemingway and Dashiell Hammett.

You may know Dorothy Parker as the acid-tongued wit who once said a performance by Katharine Hepburn “ran the gamut of emotions from A to B,” and who reviewed a Broadway play with the line, “The House Beautiful is, for me, the play lousy.”

But Parker was more than just a hard-bitten theater critic. She was also a poet, short story writer, screenwriter, and literary critic. In fact, she was The New Yorker’s book reviewer from 1927-1933, writing under the pseudonym Constant Reader, and held a similar post at Esquire decades later.

Of course, not all of Parker’s reviews were negative.  An avid reader, she loved and hated with equal intensity. And though the positive reviews might not be as entertaining as the scorchers, the books live on, and are worthy of our attention.  Here are five examples of books Dorothy Parker recommended.

Men Without Women by Ernest Hemingway
Parker adored this collection of Hemingway short stories, while castigating those who insisted that only his novels should be taken seriously. She said, “Mr. Hemingway's style, this prose stripped to its firm young bones, is far more effective, far more moving in the short story than in the novel. He is, to me, the greatest living writer of short stories; he is, also to me, not the greatest living novelist.” She goes on to say Men Without Women is “a truly magnificent work,” and “I do not know where a greater collection of stories can be found.”

The Glass Key by Dashiell Hammett
Dorothy Parker was a big fan of Dashiell Hammett’s work, calling him “as American as a sawed-off shotgun.” And while she explains that he doesn't have Hemingway’s scope or beauty, she says it's true that “he is so hard-boiled you could roll him on the White House lawn. And it is also true that he is a good, hell-bent, cold-hearted writer, with a clear eye for the ways of hard women and a fine ear for the words of hard men, and his books are exciting and powerful and—if I may filch a word from the booksy ones—pulsing.” Ellen Meister is the author of Farewell Dorothy Parker.
Posted by Paul Davis at 10:58 PM