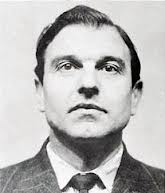 Tom Parfitt and Justin Huggler at the British newspaper the Telegraph report on the fate of the British agents betrayed by George Blake.

He is the traitorous master spy who betrayed scores of British agents to the KGB in one of the greatest Soviet coups of the Cold War.


As a mole inside MI6, George Blake is known to have passed thousands of top-secret documents to Moscow – but the fates of the people he exposed have been shrouded for decades in rumour and half-truth.
Now, for the first time, the specific punishments suffered by individual victims of Blake's duplicity can be revealed.
New research shows that a group of six MI6 agents who Blake identified to the KGB were imprisoned for up to 17 years inside East Germany, serving time in jails notorious for torture and psychological intimidation of inmates. One is now believed to have been taken to Moscow and executed.
The details of their fate were uncovered by George Carey, a British filmmaker, who trawled through archives in Berlin, including those kept by the feared East German secret police, the Stasi, which worked in tandem with the KGB.
The findings are presented in a new film by Mr Carey called Masterspy of Moscow.

Blake, 92, defected to the Soviet Union after escaping Wormwood Scrubs in 1966 and still lives in Russia, where he is feted as a hero by Vladimir Putin, the president, and other KGB veterans.

http://www.telegraph.co.uk/news/worldnews/europe/russia/11472573/Revealed-Grim-fate-of-the-MI6-agents-betrayed-by-George-Blake.html
Posted by Paul Davis at 4:30 AM