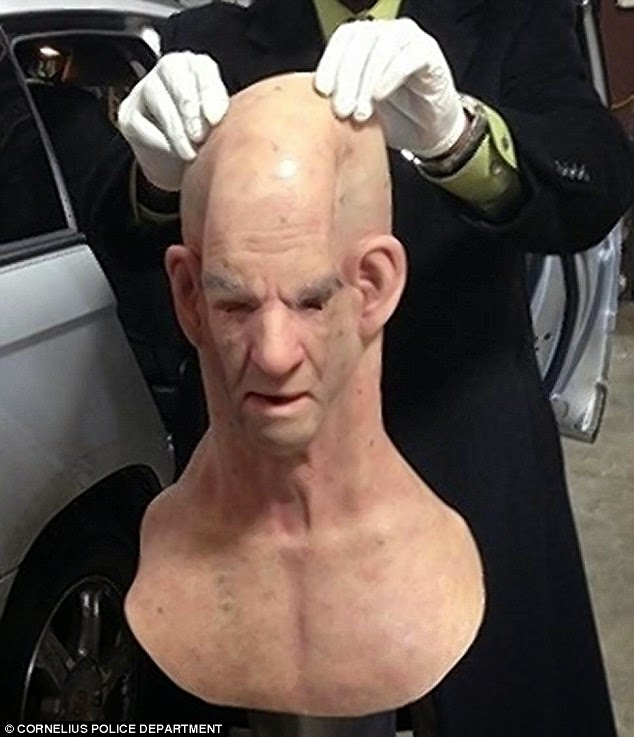 Snejana Farberov at the Daily Mail offers a piece on a clever bank robber who was not clever enough to evade police.

Police in North Carolina have spent the past three months searching for an elderly Caucasian bank robber, but instead found a 28-year-old African-American suspect with a penchant for disguise.

Benoit Constant, of Maryland, was arrested in Texas during a traffic stop and identified as a suspect in the robbery of a bank in Cornelius, North Carolina, back in December.

Police say Constant, who is black, wore a lifelike mask during the heist that made him look like an elderly white man.