'Hitchcock' By Michael Wood Is A Beautifully Turned Survey 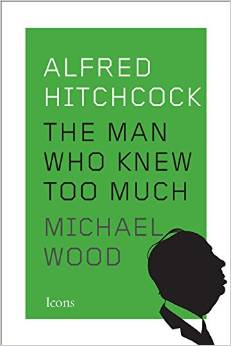 
It's a rare pleasure for a book to carry you from cover to cover with wit, verve, and profit. That's what happens with this new overview by Michael Wood.

Wood is emeritus professor of comparative literature at Princeton. Erudition is not what he wants to show you - it's Alfred Hitchcock's life and movies. In this quick tour, there's much to cover in little space, much written in countless books. But in Wood's hands, it all seems unrushed, easy, and fresh.

There is Hitchcock's middle-class family, the beginnings of what would become "a frightened man who got his fears to work for him on film." There is his Jesuit schooling, his early days in the just-starting English film industry, and his crucial, life-making union with Alma Reville, wife and collaborator of a lifetime. Of her, Woods writes: "He would have been something without her, no doubt, but he would not have been the director we know as Hitchcock."


... Thanks to his command of suspense, his knack of anticipating audience reactions, Hitchcock became famous, beyond his films, for mastery of human psychology. His work probed friendship, guilt, patriotism, love, obsession, the communal mania that attends war - and the communal shell-shock that follows.
You can read the rest of the review via the below link: