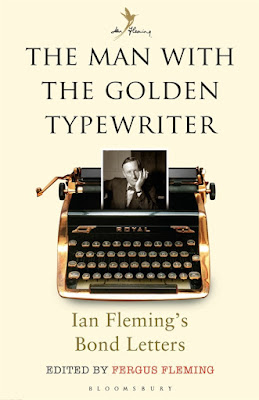 Half of the world has reportedly seen a James Bond film, but only a fraction of those viewers know that the movies began with a series of books by author Ian Fleming (who also invented Chitty Chitty Bang Bang). As the franchise gears up for its latest big-screen installment, Spectre, opening November 6, it seems only fitting to delve into Bond’s origins.

Fans of the source novels have long speculated that author Ian Fleming, who dabbled in espionage during World War II, channeled his own ride-or-die experiences into his novels. Others viewed him mostly as a staid London aristocrat who dreamt up a thrilling world amid the comforts of a bourgeois live. A new biography on Ian Fleming, written by his nephew Fergus Fleming, lands him somewhere in the middle.

Featuring private letters typed on his storied golden typewriter and sent to friends and colleagues, The Man with the Golden Typewriter offers a closer look at the origins of popular culture’s most indelible secret agent. Alongside Fergus Fleming’s scrupulous background research, the letters reveal much about the series’ early evolution and even drop some major behind-the-scenes 007 bombshells.

The book was edited by Fergus Fleming, Ian Fleming's nephew. I interviewed Mr. Fergus a while back and you can read my interview with him via the below link:

http://www.pauldavisoncrime.com/2009/10/through-thriller-writers-eyes-life-work.html
Posted by Paul Davis at 2:40 AM