John Le Carre To Reveal His Spying Secrets In Memoir 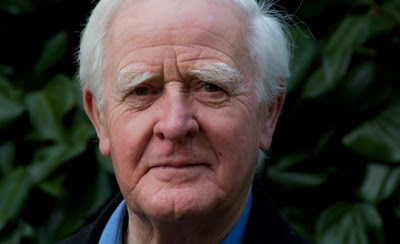 
John le Carré is to open the door to his “secret world” for the first time in a memoir due to be published next autumn.
The bestselling spy novelist, who worked for MI5 and MI6 before he hit the bestseller charts with The Spy Who Came in from the Cold, will release The Pigeon Tunnel, subtitled “stories from my life”, in September 2016.
“Out of the secret world I once knew, I have tried to make a theatre for the larger worlds we inhabit,” he writes in the book. “First comes the imagining, then the search for reality. Then back to the imagining, and to the desk where I’m sitting now.”
Publisher Penguin Random House said The Pigeon Tunnel would be le Carré’s first work of non-fiction, adding that it “opens up” the “extraordinary writing life” of the author of novels from The Constant Gardener to Tinker Tailor Soldier Spy for the first time.
“It is an exhilarating journey into the worlds of his ‘secret sharers’ – the men and women who inspired some of his most enthralling novels – and a testament to the author’s unique and personal engagement with the last half-century,” said the publisher in a statement.
You can read the rest of the piece via the below link:
http://www.theguardian.com/books/2015/oct/12/john-le-carre-reveals-spying-secrets-memoir-pigeon-tunnel
Posted by Paul Davis at 10:40 PM