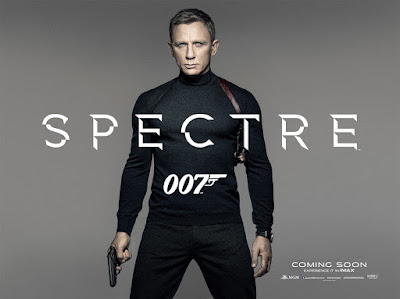 
In the 62 years since James Bond first appeared in print, there's no doubt he has helped boost the reputations of his real-life counterparts in British intelligence.
Now, Daniel Craig - the truest to author Ian Fleming's original vision since Sean Connery, if not ever - is back on screen in "Spectre." The franchise is as strong as ever.
In reality, however, the decades since Fleming first penned "Casino Royale" have been distinctly mixed for the United Kingdom and its spies.
For sure, the Secret Intelligence Service - traditionally known to its members as SIS and to the rest of the world as MI6 - and its sister service MI5 retain a world-class reputation. They are in good company. The reach and skill set of those two agencies - responsible for foreign and domestic intelligence, respectively - are more than equaled by signals intelligence specialists Government Communications Headquarters (GCHQ). Britain's special forces - the Army's Special Air Service (SAS) and Royal Marines' Special Boat Service (SBS) are also legendary.
They have, however, been far from infallible. Even as Fleming wrote of their prowess in the early 1950s, some stellar embarrassments loomed.
Throughout the late 1950s and 60s, Whitehall (one-word shorthand for the UK's version of the State Department, the Pentagon and CIA and FBI headquarters) was torn apart by slow-burning scandal as news emerged that some of Britain's most trusted intelligence officials had in fact been spying for the Soviet Union. More recently, there have been controversies over officials' complicity in torture and rendition, as well is the small matter of their intelligence-gathering related to Iraq's non-existent weapons of mass destruction.
Bond and his fellow fictional British operatives, however, allow UK intelligence to project an image that goes well beyond the niggling issues of reality.
It might have only the most tangential relationship to what really happens, but it still has real-world impact.
A couple of years ago at a drinks reception in Washington, a former CIA official told me he believed neither he nor anyone else in the U.S. government would ever turn down a briefing from British intelligence. It wasn't just about the quality of the material, he said - good though it often was.
Even the phrase "British intelligence," he said, had a mystique, glamour and style that was intrinsically fascinating. He suspected British officials were well aware of it, he added, and deliberately styled themselves accordingly.
You can read the rest of the column via the below link:
http://blogs.reuters.com/great-debate/2015/10/27/britains-top-fictional-spy-also-its-greatest-intelligence-asset/
Posted by Paul Davis at 2:50 PM