Being True To Ian Fleming's Character: Bond Row Looms As Roger Moore Says 007 Can't Be Gay - Or A Woman 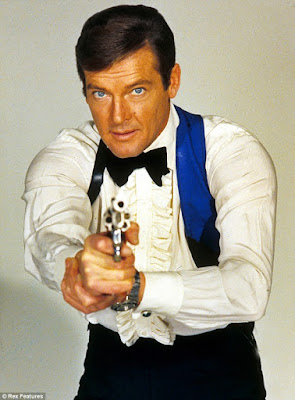 Sir Roger Moore, who was not my favorite James Bond actor, (although I loved him as the Saint on TV when I was a teenager) is an intelligent and classy actor who is spot on with his comments on the Bond character to the British newspaper the Daily Mail.


James Bond legend Sir Roger Moore has courted controversy by insisting that 007 could never be portrayed as a gay man – or be played by a woman.

Sir Roger, who has previously come under fire for questioning whether the spy could be played by a black actor such as Idris Elba, risks a further backlash over his latest comments.

He said: ‘I have heard people talk about how there should be a lady Bond or a gay Bond. But they wouldn’t be Bond for the simple reason that wasn’t what Ian Fleming wrote.’

You can read the rest of the piece and watch a clip from the new James Bond film via the below link:

You can also read my Crime Beat column on the idea of a black James Bond via the below link:

http://www.pauldavisoncrime.com/2015/10/my-crime-beat-column-should-black-actor.html
Posted by Paul Davis at 11:22 AM